Kate Winslet goes on record at The Ellen DeGeneres Show to reveal the surprisingly touching meaning behind her new baby’s unorthodox name. 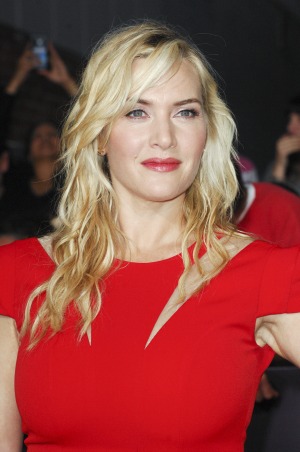 Kate Winslet gave birth to new baby Bear Blaze 14 weeks ago and, at first glance, the name is quite unconventional. The A-list actress sat down with Ellen DeGeneres to let the world know the sweet meaning behind the name and how the whole family was involved in picking it.

Winslet’s two older children from previous marriages — Mia, 13, and Joe, 10 — played a big part in naming their new brother. “We were thinking about names during the pregnancy and actually I had never… when I was pregnant with Mia and pregnant with Joe, I didn’t name them before they came out because I just felt I needed to see them and see who they are going to be,” the Titanic actress divulged.

“But, of course, this time around, there was Mia and Joe and the whole pregnancy is about ‘what are we going to call the baby?’ So it was really lovely, actually; they were very much included and we settled on Bear quite early on. A friend of mine when I was younger was nicknamed Bear and I just had always really loved it.”

And Bear’s middle name? Well, the second name is an homage to how she met her husband, Ned Rocknroll (yes, that’s really his name). “Bear’s second name is Blaze because my husband and I met in a house fire, basically,” said Winslet, referring to the fire that burned down Virgin mogul Richard Branson’s home in the Caribbean in 2011. Winslet was staying there at the time.

“The house burnt down and we survived, but we wanted something of the fire, and so Blaze was the name that we came up with,” she said.

When asked if baby Bear would carry his mama or papa’s last name, Winslet was quick to answer that her offspring’s last name would not be Rocknroll. “Why not?” asked DeGeneres. “Why do you think, Ellen?” quipped Winslet.

And, like everyone else who was present in Los Angeles this past week, Winslet got a a little shake-up from the rather sizable earthquake that occurred on Monday. She was awake in her hotel, on the phone with her husband, when the rumble started. She was also apparently connected to a breast pump and “carried on pumping through the entire thing… it was actually quite scary!”

So… if this was another scary, life-threatening force of nature she braved together with her husband, will it be reflected in the name of their next child? We’re thinking Tiger Tremor Winslet has a nice ring to it.