ABC made many Marvel fans happy when it debuted some exciting concept art for the studio’s upcoming slate of films. 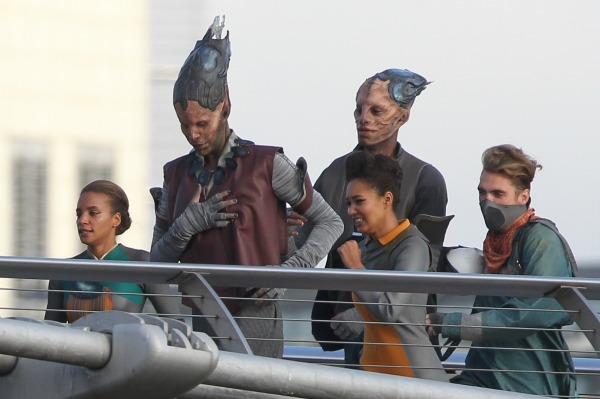 On Tuesday night, ABC aired a television special, Marvel Studios: Assembling a Universe, which gave viewers an inside look into the famed studio. Not only did viewers get a look behind the scenes of successful blockbuster films, but they also got a look at the network’s show, Marvel’s Agents of S.H.I.E.L.D.

The exciting aspect of the special, though, was the concept art that was debuted by the House of Ideas for Marvel’s upcoming slate of films. The eagerly-anticipated movies include Ant-Man, Guardians of the Galaxy and Avengers: Age of Ultron.

Ant-Man, which will be the first post-Avengers film directed by Edgar Wright, focuses on Scott Lang, played by Paul Rudd. The character is a thief who finds himself with a suit that shrinks him to a very small size, but his punch still carries the power of a full-size man. That film is slated to be released on July 17, 2015.

There was also art displayed for Avengers: Age of Ultron which gave the audience its first look at the Scarlet Witch and her twin brother, Quicksilver. The magic-producing Scarlet Witch is played by Elizabeth Olsen and Aaron Taylor-Johnson is taking on the role of the lightning-fast Quicksilver. The film debuts in theaters May 1, 2015.

TRAILER: Guardians of the Galaxy is action-packed and awesome >>

The special also revealed artwork from Guardians of the Galaxy which is out Aug. 1, 2014. Those images included Star-Lord, played by Chris Pratt, with his sidekick Rocket Raccoon, who is voiced by Bradley Cooper. Also portrayed in the sneak preview was tree warrior Groot, who will be played by Vin Diesel.

The ABC show whet the audience’s appetite for what is to come in the next year and a half for Marvel Studios. The hits keep coming and the fans keep buying tickets.