Christopher Walken is an epic actor, but he can also break into dance like no other. In an awesome dance scene supercut, Walken shows off all his dance moves from hilarious to downright talented.

Related story 7 Other older men Jennifer Lawrence can crush on 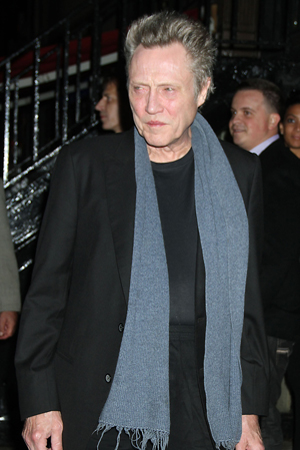 Everyone knows Christopher Walken can act, but the man can break out in dance like no one else too. Now, in a totally awesome supercut clip, the multi-talented actor shows off his moves in 57 different movies he’s appeared in.

Aptly set to C+C Music Factory’s “Everybody Dance Now,” the four-minute-plus clip goes over every single dance scene that Walker has done in his 37-year-long career. With films going back to 1977’s Roseland to his latest, The Power of Few from 2013, Walken displays his many talents, showcasing multiple dance styles.

Why is Christopher Walken involved in the Natalie Wood case?  >>

From goofy at an 1800s dance ball to debonair disco man, mafia man, alien dancing man, Walken can definitely move. While his professional skills are evident in many of his films, the Balls of Fury star can also make audiences laugh with some awkward nerdy steps too.

Many fans may be aware that Walken is a seriously skilled dancer, but most probably don’t know that he was actually professionally trained. Before becoming an actor, the $5 a Day actor was educated as a musical theater dancer at the Washington Dance Studio.

His dance skills certainly helped make his movie scenes that much better, complementing his superb acting with top-of-the-line dance-floor moves.

In the clip, provided by Huffington Post Entertainment, Walken can be seen dancing his way through a multiple-film career ending with a couple of lines from different movies. “You’ve got the moves — I’ll give you that,” he says in one.

Christopher Walken at the 2009 Oscars >>

Then at the very end, the clip tops off with: “Put some on your head, your tongue’d slap your brains out trying to get to it.”

You can watch the epic dance clip in the video below.