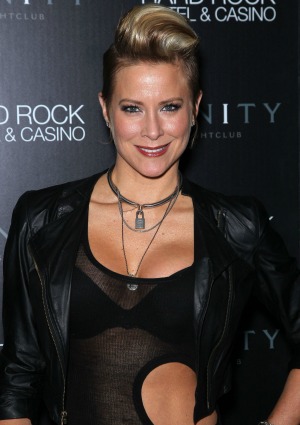 For Brittany Daniel, the past few years have been no game. The actress revealed today that she has been fighting a battle with cancer — but the good news is that she won.

The Game star explained to people that her long road to recovery started back in 2011 when she began experiencing excruciating back pain, night sweats and flu-like symptoms.

“It happened so suddenly,” Daniel told People. “I was in unbearable pain, and I knew something wasn’t right. But I don’t think any of us were expecting what we heard.”

What they heard was a diagnosis of non-Hodgkin’s lymphoma.

The actress, who starred opposite her twin sister Cynthia in the 1994 teen hit Sweet Valley High, started chemotherapy immediately.

“I lost all my hair. It stripped me of everything. My exterior was taken away so I could see who I really was on the inside,” she said. “It’s the hardest thing I’ve gone through, but it showed me who I am.”

She and her mom moved into Cynthia’s guesthouse during treatment and recovery.

“There is no way I would have ever gotten through this without my family,” Daniel explained. “My family is everything to me and I feel like they saw me through this.”

Why is the actress revealing her health crisis now? To help others get through their own.

“I want to let people know it is absolutely possible to get through something like this,” she said. “I want people to know they are not alone.

“I just needed time to emotionally recover [first]. But I want people going through cancer to know they’re not alone. The odds were stacked against me but I’m a warrior. Now I’m just enjoying every day.”

Watch Brittany Daniel on The Game Tuesdays at 10/9c on BET.