A big-name cast is on board for The Giver, based on the award-winning teen book. But is this world any different from other teen dramas out there these days? 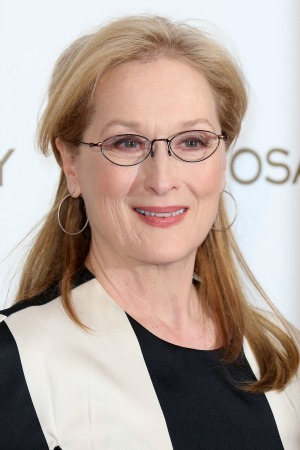 The teen book The Giver is finally making its way to the big screen. The film stars some big names, including Meryl Streep, Alexander Skarsgård, Jeff Bridges, Katie Holmes, Taylor Swift and Brenton Thwaites, and is based on the book by Lois Lowry.

Thwaites plays Jonas, who soon finds out he is the Receiver of Memory, and Jeff Bridges acts as his counselor, or the Giver. They are in a world that has turned into a future utopia of “sameness” — or the removal of emotional depth. The world appears to be the perfect place, at least to many involved. But Jonas soon finds out he is the one who can save them all.

When the book was released in 1993, it was called inappropriate by many groups. The book won the Newbery Medal in 1994 despite the controversy, and is regularly assigned for schoolchildren to read.

Streep plays the villain — as she has done to much acclaim before in films like The Devil Wears Prada and Death Becomes Her — and will be pitted against Jeff Bridges. In the trailer, she makes a comment about the state of human nature, at least how she sees it, and why it needs to be controlled.

“When people have the freedom to choose, they choose wrong,” she says.

Brenton Thwaites is mostly a newcomer — although he has played a few roles, this will be one of his first big ones. He will also be on the big screen soon as Prince Phillip in the upcoming Maleficent.

Lois Lowry’s book was published more than two decades ago, but it is resemblant of current box-office successes like The Hunger Games and Divergent. It may be the perfect time for the film to be made, but it also could be too much of the same all at once.