We’re still a week away from the official lineup, but The Chicago Tribune thinks it knows a few of Lollapalooza’s bigger names on this year’s ticket. 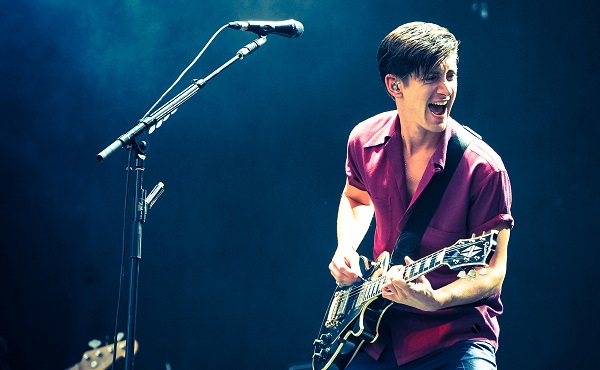 Are you ready to party, Chi-town? A week ahead of the official lineup announcement for Lollapalooza, The Chicago Tribune says they know a few of the headlining performers for this year. We really hope they’re right. According to the Tribune, Kings of Leon, Shrillex, Arctic Monkeys and Eminem will all be on tap this year for the massive festival.

Notice something? The Bonnaroo lineup might be pretty similar >>

We only have a few months to go before hundreds of thousands of people will fill Grant Park to party hard for the first long weekend in August. From the looks of this leaked information, the atmosphere might be more wild than ever. None of the released names are new to the festival. Eminem and the Arctic Monkeys have both played at the festival as recently as 2011. Shrillex, meanwhile, has nearly become a Lollapalooza staple in recent years. We’d be more surprised if he wasn’t there. Kings of Leon last performed in 2009 and will return this year in an attempt to return to relevancy. We’ll see how that goes.

It’s been an exciting 12 months for some of the bands. Eminem’s newest album, The Marshall Mathers LP 2, debuted at No. 1. Meanwhile, the Arctic Monkeys have cleaned up across various European awards shows for their latest record, AM. Kings of Leon also recently released a new album, Mechanical Bull. It’s their first album since 2010’s Come Around Sundown, the subsequent tour for which lead to a drunken meltdown in Texas the following fall and the band announcing they were going on hiatus.

The Lollapalooza takeover of Grant Park continues to be one of the largest festivals in the nation. The fest uses eight strategically located stages to showcase roughly 100 bands to the thousands upon thousands of music lovers in attendance.

We’ll be there. Will you?

For more music news and to have the rest of the lineup delivered straight to your inbox, sign up for our newsletter >>