We sat down with Frozen producers, Michael Giaimo and Peter Del Vecho, to find out how to create a lasting Disney princess, regardless of her ethnicity. 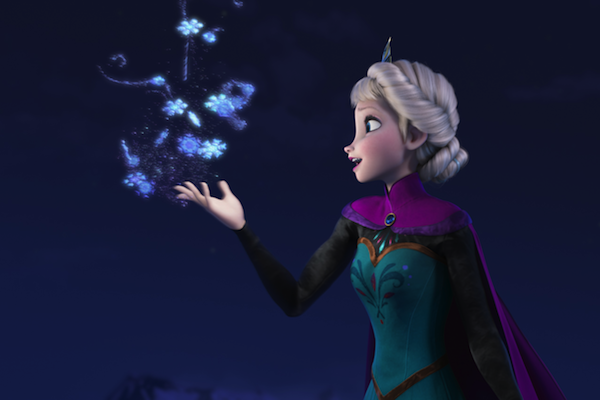 Every little girl dreams about being a princess and Disney has been the leader in fueling these tiny-tot fantasies. But Disney isn’t the most popular princess purveyor by accident. Frozen producer, Peter Del Vecho, shared his process with us.

“For us, it was the utmost importance that they be relatable. That people today could feel like you could get to know them. Both the writing by Jen [Lee], the directing — Kristen Bell did an amazing job bringing Anna to life bringing humor to a lead character — these are all qualities that we think make the characters relatable,” said Del Vecho.

When we asked what specific qualities a princess needed to have, producer Michael Giaimo said, “I think genuineness and honesty; I think that’s what these two characters have. Even though they have disagreements and come back together, but they’re genuine, they’re the real thing and I think that’s what, not just kids, but adults see in these characters; that’s really what a Disney princess is about.”

“I would say exactly the same thing, which is what Hans doesn’t have — genuineness and authenticity. Just to be open and honest and to be yourself. That’s what Kristoff has,” said Giaimo.

In recent times, there’s been some chatter that Disney favors Caucasian princesses for their films, but both Del Vecho and Giaimo seem to quickly quash that idea.

“I’m happy to have produced The Princess and the Frog, so I don’t think that’s true,” said Del Vecho.

“I was art director on Pocahontas, and after Pocahontas was Mulan, so I actually don’t agree with that at all. I think there’s been an extremely wide diversity in terms of these films. The Causcasian slant, well, that is because of where it takes place. We set the film in Norway. If we had set it in another country, then we would go in that direction,” said Giaimo.

Here’s what writer/director, Jennifer Lee, had to say about the so-called controversy.

“I think any discourse is fine. It always pushes us as filmmakers to think we made the characters we made for all the reasons we believed in, for the film and the setting — we just made those choices. It was Hans Christian Andersen; it was Norway. We went with that, that’s the choice we live with. That’s fine. But I love the discourse. I love the conversations. It’s just going to make every film keep questioning and pushing.”

Frozen is now available on DVD and Blu-ray.