The tragic news of L’Wren Scott’s death has shocked many, and the reasons why she took her own life are unclear. However, her estranged sister thinks she may know what really troubled the designer. 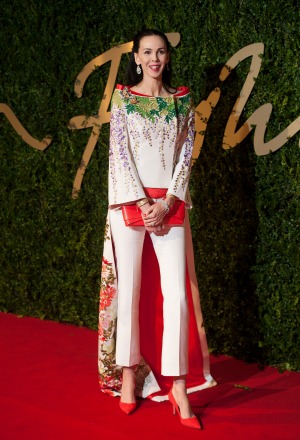 The world has been rocked by the tragic death of fashion designer L’Wren Scott, and there have been many suggestions as to why the 49-year-old star may have decided to take her own life at her apartment in the Chelsea neighborhood of Manhattan, New York, New York.

According to reports, Scott was more than $6 million in debt and her fashion empire was allegedly crumbling. However, her estranged sister Jan Shane has decided to speak out and reveal to the world what she thinks was bothering her younger sister.

According to the Daily Mail, Shane, who was Scott’s adopted sister and had not been in touch with her in more than six years, believes she may know what could have been troubling Scott, and it’s not financial stress.

“I know deep down she wanted a family and kids, and I think she deeply wanted it and couldn’t get it. I think it bothered her,” Shane said.

The siblings grew up as strict Mormons in Sandy, Utah, and the woman revealed that Scott had previously shared with her at their father’s funeral that she truly envied her quiet life rather than the high-profile and fast-paced life the designer herself lived.

“It was hard to get near her. I don’t know why she thought she needed bodyguards at our father’s funeral. I guess that’s just how her life was at the time. But at one point we stepped out together and she looked at me and said, ‘I envy you.'”

“She had her career and her company and everything — she’d made it. I looked at her life I didn’t believe what she was saying and she told me, ‘You have your family.’ And I thought, ‘You do, too!”‘

Shane found out about her sister’s death via Google, but according to the publication, she spoke fondly of Scott and expressed regret that they were not closer. She also wished she could have been there for Scott during her time of need.

“I would have always sat down with her to talk things over if she was struggling,” Shane said. “We had no clue she was feeling like this. She must have felt so alone and it bothers me because she always had us. I would have talked to her in a heartbeat. I just hope she knew that.”

Whilst no one can truly understand why Scott made the decision that she did, it has left all those who loved her truly devastated.

Our thoughts are with all those who loved Scott during this sad time.