Josh Holloway and his wife Yessica Kumala are parents again, this time to a little boy. However, the couple have been keeping their son’s birth hush-hush for almost two months already. 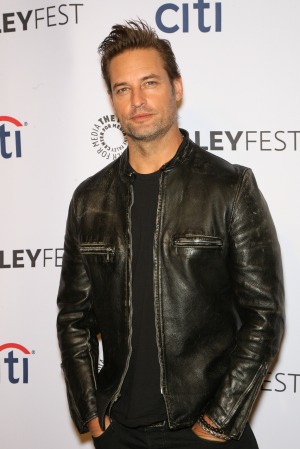 The hit TV series Lost may be over, but things in Josh Holloway’s life just keep getting better!

The actor is loving every minute of fatherhood, and he gets to love it even more now because he has just become a father for the second time.

According to Us Weekly, the Lost alum and his wife Yessica Kumala have welcomed their second child into the world. Although, the couple managed to keep the birth of their tiny tot hush-hush because he was born six weeks ago.

The loved-up couple — who got engaged whilst Holloway was shooting the pilot for Lost in Hawaii and then later married in October 2004 — have decided to name the latest addition to their family Hunter Lee Holloway. And Hunter Lee will become a new playmate and younger sibling to their daughter Java, 4.

Holloway revealed his excitement about his wife’s second pregnancy to Entertainment Tonight last year, saying, “That’s funny because I’m a family man. I’ve got a 4-and-a-half-year-old daughter and another one on the way. Pretty excited about that.”

So has having two small children in the house affected the Intelligence star’s sleep at all? Apparently not, because it sounds like his wife is doing all of the work.

“Yes, my wife’s a rock star. I’m a loser, just ask her. I’m kidding. It’s all good,” the actor joked to E! News at the Lost PaleyFest event in Los Angeles, California, on Sunday.

Congratulations to the happy couple on the birth of their baby son!