Things between Elijah and Hayley are getting hairy. And by that we mean alpha werewolf Jackson is stepping into the picture on The Originals. 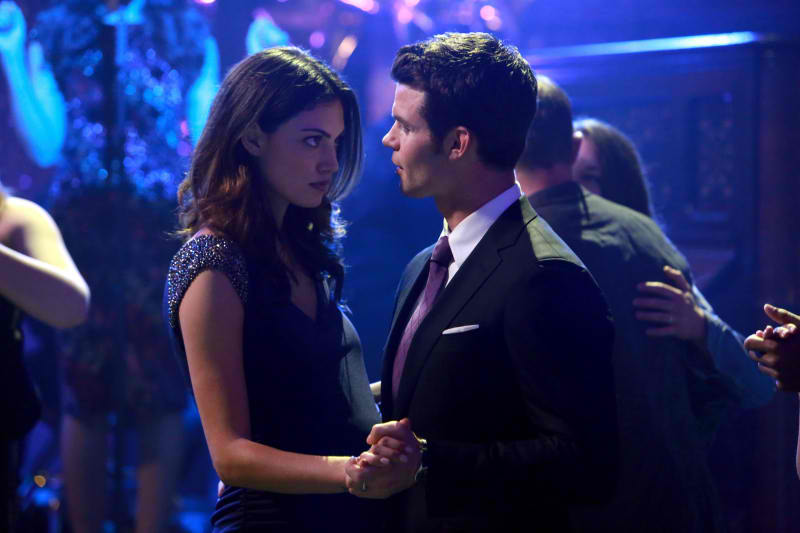 This is The Originals‘ first episode following the departure of series regular Rebekah (Claire Holt). The show picks up one month later with all the factions — humans, werewolves, vampires and witches — trying to find some semblance of peace. But peace is hard to obtain when all of the involved parties only seek peace if it means they can rule. Elijah had better watch his back.

Klaus (Joseph Morgan) is too focused on his art and hooking up with Genevieve — that’s right, Genevieve — to worry about ruling the city he fought tooth and nail to make his.

Don’t worry, Marcel is waiting anxiously in the wings to take it back while Elijah is playing the “let’s make peace, not war” game.

Meanwhile, Hayley’s (Phoebe Tonkin) become a full-fledged member of the pack right next to Jackson. She is even chosen as the werewolf representative at the faction meetings. And she’s snubbing Elijah and his attempts to keep her contained. There’s girl power and then there’s reckless endangerment. Hayley’s walking a fine line, and we’re not sure which side she’s going to fall on just yet.

In all honesty, it was hard to focus on the power struggle between the factions in this episode.

Oh wait, that is, until the end of the episode when we discover he’s just as power hungry as the rest. Sigh. We should have seen that one coming! He is, after all, the alpha werewolf. Now we feel duped. At least Elijah has pure motivations. Jackson’s motivations seem a little more cloudy, especially when he starts talking about harnessing his lethal bite. Yikes!

Best quote of the night:

Josh says, “You’re a witch, Davina. You can’t change your DNA any more than I can, so you might as well embrace it.”

Who knew that, with one sentence, a character could so eloquently support and encourage one friend while also coming to self-acceptance with himself. More Josh, please!