The 2014 MTV Movie Awards are only a few weeks away, and some big names are helping present the awards. 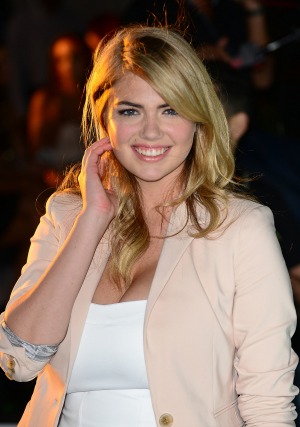 The 2014 MTV Movie Awards are coming up in April, and the network has begun announcing presenters for the award show.

Cameron Diaz, Leslie Mann and Kate Upton have been added to the list of presenters. The three actresses star in The Other Woman, a film that has three significant others of the same man teaming up to get back at him.

Diaz, Mann and Upton join the cast of Entourage on the list of presenters. Adrian Grenier, Kevin Connolly, Jerry Ferrara and Kevin Dillon will be appearing on the show to present Mark Wahlberg with the MTV Generation Award. Their co-star will be given the award due to his decades of prolific film and music accomplishments. The Entourage movie is expected to be out in June 2015, and the reunion will likely be partially to promote that upcoming film.

Shailene Woodley and Ansel Elgort, from the film The Fault In Our Stars, will also be joining the show as presenters. During the preshow, MTV will be airing an exclusive scene from the film.

Conan O’Brien will also be appearing at the 2014 MTV Movie Awards as host of the show. Nominations have been announced and, not surprisingly, films like The Wolf of Wall Street, American Hustle, This Is the End, The Hunger Games: Catching Fire and The Hobbit: The Desolation of Smaug are leading the pack.

More presenters will be announced for the show as it gets closer. The 2014 MTV Movie Awards are coming up on Sunday, April 13, and will be broadcast live on MTV. The Other Woman opens in theaters April 25.

Watch the ladies’ announcement on MTV: