We recently invited the reggae/hip-hop/pop duo Aer into our studio for an interview. They had some amazing stories and kept us laughing. 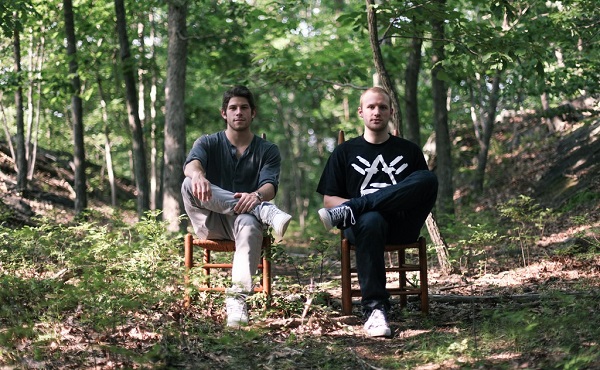 You’ve heard of Aer, right? The fresh new duo from Massachusetts is David von Mering and Carter Schultz, and they have just released their self-titled album and are on the tail end of a touring sprint across the country. With them, they bring a fresh look at old sounds and lots and lots of crazy fans. What do you need to know about Aer? First, we should let them describe their sound.

“In terms of musical description: I like to have people describe it on their own. ‘Take a listen and describe it on your own’ is what I would tell you,” Schultz told us. “But I would say it’s like reggae, hip-hop, alternative and pop. Throw it all in a blender, mix it up and… serve that.”

In-studio performance: Pan-Asian group Blush ain’t got time for that! >>

Many people compare them to the always amazing California rap/rock group Sublime. The comparison is appreciated and humbling but being compared to such a huge and well-loved band leaves the guys wordless. How do you properly respond to such a comparison?

“The thing about that is they’re legends,” von Mering said. “I’m not gonna fully accept when people say that, but you know… there’s no way to respond without looking like a jacka**.”

They’re quickly gaining equal fan footing to what Sublime once had, though. The guys have sold out numerous shows on the Fresh Aer Movement tour, and their fans are particularly wild.

“We were in Santa Cruz, and there’s a part of the show where I get down onstage and I air hump,” von Mering explained. “And this girl jumped up onstage, super determined, and actually straddled me onstage for about a few seconds. And I didn’t know what to do. I closed my eyes and was like, ‘Oh, my God! How do I deal with this?’ Our tour manager comes in, scoops her up with one hand and just dumps her back in the crowd.”

We do have one more moment we just can’t bear to hold back as it’s all too funny. We asked the guys to play a slightly gentler game of f***, marry, kill: Who would the boys of Aer choose to sleep with, marry or push off a cliff from the Kardashian family?

“You know what? I have actually never watched the show,” von Mering said. “I don’t know what they look like, I don’t know how they act….”

“Cliff Khloé. Right? Khloé and Lamar? I’d cliff her. And then sleep with Kim,” Schultz said. So, he’d obviously marry Kourtney because she’s such a great mom, right?

What can we say? We love these guys!

Want more exclusive music news and interviews? Sign up for our newsletter! >>