It’s been a tough week for rocker Mick Jagger, who took to his Facebook page to post a loving tribute to his late girlfriend L’Wren Scott. 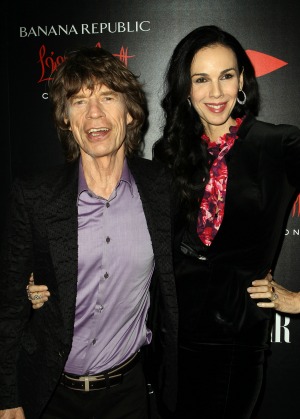 It’s been about 24 hours since Mick Jagger lost his longtime girlfriend, L’Wren Scott, to an apparent suicide. The Rolling Stones have postponed the start of their Australian tour and now, the rocker has posted a personal message to Scott and his fans on his Facebook page.

A gorgeous black-and-white photo of the leggy former model accompanied a beautiful note from the 70-year-old Jagger.

He wrote, “I am still struggling to understand how my lover and best friend could end her life in this tragic way. We spent many wonderful years together and had made a great life for ourselves.”

He continued, “She had great presence and her talent was much admired, not least by me. I have been touched by the tributes that people have paid to her, and also the personal messages of support that I have received. I will never forget her, Mick.”

Fans posted condolence messages by the thousands with words of support and sympathy. It is obvious that the legendary musician’s pain is being felt all over the globe.

Scott was found dead on Monday morning in her New York City apartment by her assistant. The 49-year-old designer and celebrity stylist was hanging from a doorknob with a scarf around her neck.

No suicide note has been located, and any reports of a breakup between Jagger and Scott are untrue.

In an official statement, Jagger’s rep wrote, “The story in The New York Post re: a split between Mick Jagger and L’Wren Scott is 100 percent untrue. There is absolutely no basis in fact to this story. It is a horrible and inaccurate piece of gossip during this very tragic time for Mick.”

The NYPD is continuing to investigate Scott’s death, but no foul play is suspected.