Lena Dunham says she is nauseated by Woody Allen, but his work has nothing to do with his private life. 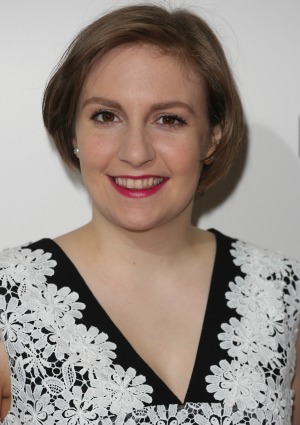 Lena Dunham has already come out in support of Dylan Farrow and her allegations that Woody Allen molested her as a child, but the Girls star says his work has nothing to do with his supposed crimes.

In an interview on the WTF With Marc Maron podcast, Dunham explained why she feels Allen’s work should not be used as evidence of any kind.

“I’m decidedly pro-Dylan Farrow and decidedly disgusted with Woody Allen’s behavior. But, for me, when people go through his work and comb through it for references to child molestation, that’s not the f***ing point,” she said. “I’m not going to indict the work. I’m not comfortable living in a world where art is part of how we convict people of crimes.

“You can decide that you don’t want to support the work of someone who has molested a child — that’s a completely appropriate choice,” she said. “But, going through and saying, ‘Look, he’s told us in 57 ways that he rapes kids!’ — that’s not the thing. The thing is to look at the actual evidence that exists in the world, which I think strongly suggests that Woody Allen is in the wrong.

Dylan Farrow denies she made up abuse claims >>

Maron pointed out that many artists have unsavory and even criminal personal lives. “It’s totally true,” Dunham said. “People who really believe Woody Allen is guilty have not felt comfortable saying that. Because they’re so afraid to lose their connection to his work. And the thing is, I feel like people need to understand that you can hold two positions in your mind. You can know that someone’s made work that’s meaningful to you and also know that they have most likely molested their daughter.”