Is One Direction headed for splitsville because their band bond is not as strong as it used to be? We hope not. But Westlife’s Kian Egan sees troubled waters ahead for the group. 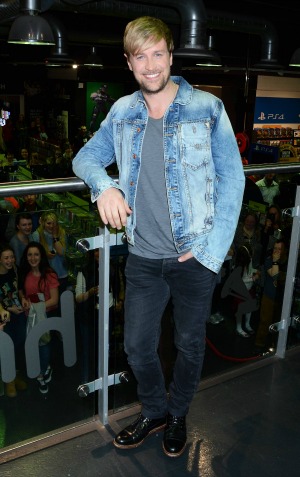 One Direction is the hottest boy band in the world right now, and the band enjoys mass success and a cultlike following.

Do celebrities’ fans take it too far? >>

However, the boys have not been spotted together for quite some time, and it is making some celebrities wonder if the band could be headed for splitsville.

Kian Egan, who was a member of hugely successful Irish boy band Westlife, can apparently see some cracks in One Direction’s armor.

To maintain a successful band, you need to have a very strong bond and because 1D heartthrobs — Liam Payne, Niall Horan, Harry Styles, Zayn Malik and Louis Tomlinson — have not been seen spending much time together for more than three months, it’s creating concern.

According to Contact Music, Egan revealed to The Sun newspaper that he doesn’t think One Direction’s bond is as close as the one he shared with Westlife.

One Direction wages war with The Kooks >>

”One Direction would be fools to throw it away, absolute fools — and I get the feeling they will. I watch them, and they don’t seem to have this bond as tight as we had in Westlife — especially as they’ve only been together three or four years,” Egan said.

And although Westlife was not without their own problems following the departure of singer Brian McFadden six years after the band had formed, the “You Raise Me Up” hit makers managed to continue as a four-piece group.

So what is the recipe for band success? According to Egan, it’s all about mutual respect.

”As we always said in Westlife, ‘There’s not one person in a band that’s bigger than the band.’ Respect each other and understand that it’s a unit, it’s not a bunch of individuals wanting to do what they want to do.”

If cracks are starting to show in One Direction’s bond, we hope the band manages to work out their differences. However, they will be entertaining their legion of loyal fans soon enough as they kick off their Where We Are stadium tour on April 25 in Bogota, Colombia.