There are plenty of women who would love to get their hands on Game of Thrones star Nikolaj Coster-Waldau, but he is happily married. However, an alleged affair with Cameron Diaz tried to destroy his happiness. 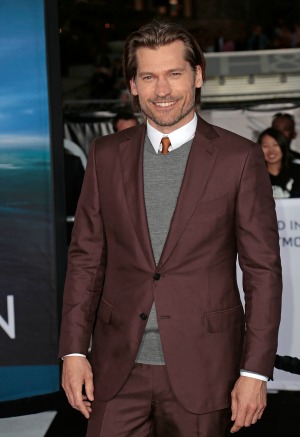 Game of Thrones star Nikolaj Coster-Waldau is not only a very talented actor, but he also has become a Hollywood heartthrob. And many women wish they had a shot at love with the hunky star.

However, Coster-Waldau, who is happily married, has seen how the dark underbelly of showbiz can potentially destroy a relationship.

The actor, who is perhaps best known for his role as the Kingslayer Jaime Lannister in the HBO’s hit TV series Game of Thrones, had his life rocked by a vicious cheating allegation that he had been hooking up with A-lister Cameron Diaz.

Cameron Diaz reveals what made her miserable >>

According to Us Weekly, in the April 2014 issue of Details magazine, Coster-Waldau reveals the truth behind those rumors and the downside to fame.

“There’s an expression in Denmark… ‘Don’t fly any higher than your ears will carry you.’ It means don’t get cocky. Keep your feet solidly planted on the ground. Don’t think you’re special. Don’t think you’re better than anyone else. It’s a fundamentally different approach than you have in America,” the Danish star revealed.

The actor’s status is rising quickly, thanks to Game of Thrones having showcased his talent, but with fame comes negatives and positives, and one of the downsides is a celebrity can become the center of a media frenzy and nasty rumors.

Coster-Waldau has been married to his wife Nukaaka since 1998, and the couple are still very happy. However, someone tried to rock their marriage when they sent his wife notes that claimed he was cheating on her.

So what did these notes say? “You should know that your husband is cheating on you with Cameron Diaz. Cameron Diaz is not to be trusted,” Coster-Waldau revealed.

And whilst his wife took the notes in stride and did not believe a word, these kinds of allegations can be seriously damaging to a relationship.

Coster-Waldau did star opposite the blond beauty during their forthcoming film The Other Woman, so it is lucky that his wife did not get suspicious that the cheating allegations could have, in fact, been true. But apparently, the note was written when Coster-Waldau and Diaz had been spotted hooking up with each other on the set of the movie.

With fame, there may be a dark side, but it seems Coster-Waldau will have to get used to it because, with the upcoming Season 4 of Game of Thrones soon to be released, the world wants to see a lot more of this rising Danish star.