When Dylan learns the truth about Caleb, it leads to a family battle that unleashes a new violent side of Norman. That kid just can’t keep his crazy under wraps. 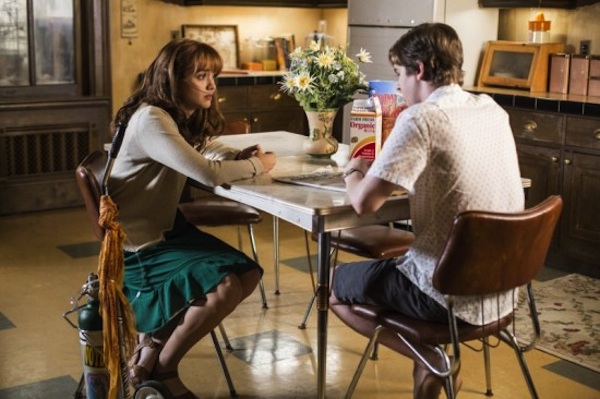 We don’t know much about Dylan or Norma’s (Vera Farmiga) past, so anything that surfaces is a surprise. But, honestly, we did not see this coming. Dylan’s personal history is a little more messed up than we could have imagined and might be better suited for a daytime soap opera, or even a Jerry Springer show. It doesn’t really suit a critically acclaimed drama on A&E.

Here’s the deal. Norma’s brother, Caleb, resurfaced at the end of last episode. We know he’s not the best dude because Norma had some horrible things to say about him last season. But, we can never really believe her version of the truth, can we?

Caleb spends quite a bit of time getting close to Dylan and the two really seem to bond. Dylan has always been a little desperate for a father figure, even a good mother figure for that matter, and seems to welcome the new relationship. But, when he opens up to Norma about what a great guy Caleb is, all craziness hits the fan.

Norma reveals that Caleb raped her numerous times over the course of a year and, get this, Caleb is Dylan’s dad. So his uncle is also his long lost father. Perhaps we really shouldn’t be so surprised by the incestuous relationship. Norma and Norman are about an inch a way from being way too close. Maybe it runs in the family?

Bates Motel Season 2 off to a twisted start! >>

Norman (Freddie Highmore) walks in on the fight and, per usual, defends his mother. He winds up hitting Dylan over and over again. His violent tendencies are getting out of control, but still it was surprising to see him get one up on his brother.

A little rant: Does it make sense to anyone that Norman continues to ignore Emma? She’s cute and smart and into solving mysteries with him. She’s quirky and absurd and obviously smitten with him. Instead, he chases the “bad girls” that will never be interested in the good that kid does have to offer. You have to wonder if Norman would choose the “good girl” instead of letting bad girls use and abuse him if it would change his destiny. Maybe he wouldn’t wind up murdering strange women in the shower?