After being ousted from rehab, Chris Brown is ordered to sit tight in his cell until his April 23 court hearing. 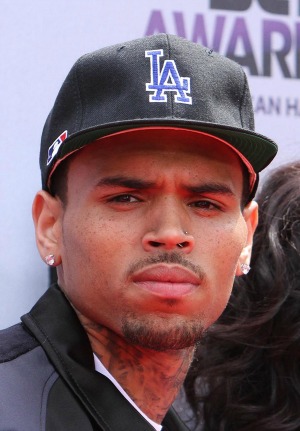 March just isn’t Chris Brown‘s month. First he was dumped by his girlfriend, then he got the boot from his rehab facility and was ordered back to the slammer. Now, a judge is saying he will stay in jail until his hearing to determine if he violated his probation regarding the Rihanna assault case, which is over a month away, according the the Los Angeles Times.

Brown appeared before Judge James Brandlin again today, who refused lawyer requests that Brown be allowed to post bail before his hearing on April 23. Judge Brandlin wasn’t having it and ordered that Brown remain behind bars after prosecution argued that the troubled star refused to play by the rules, despite being given “repeated opportunities by this court.” The judge had Brown arrested and taken to jail without bail immediately after hearing the singer had been expelled from the rehabilitation facility.

The recent happenings come as a blow, considering things seemed to be looking up for the troubled star during the month of February. He was dodging hard time when Judge Brandlin extended his rehab stay as opposed to jailing him regarding assault charges stemming from a 2013 altercation in Washington, D.C. Once in the facility, Brown received an optimistic diagnosis: he is suffering from PTSD and bipolar disorder. The facility felt this shed light on Brown’s erratic and violent behavior and was hopeful that the “Look at Me Now” crooner would benefit greatly from treatment. However, it seems that in that very same facility is where things started to unravel.

Before getting the heave-ho from rehab, Brown got told to hit the bricks by his on-again, off-again girlfriend, Karrueche Tran. Rumor has it the split was fueled by a recent rehab visit from Brown’s ex, Rihanna.

Shortly after, Brown was dishonorably discharged from rehab and taken back into custody for touching a female inappropriately and refusing to take a drug test.

Do you think keeping Brown in jail will give him some time to think about his actions? Or is the singer beyond help?