Courtney Love has admitted she is a bit obsessed with the case of Malaysia Airlines flight 370 and thinks she has found the missing plane — something two dozen countries have not been able to do. 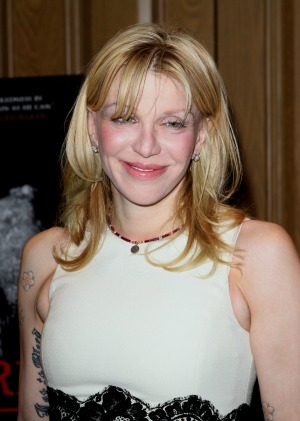 Courtney Love admits she has been slightly obsessed with the news of missing Malaysian Airlines flight 370 since it disappeared more than a week ago. After poring over satellite photos, she thinks she may have found the answer.

Everybody deserves a 2nd chance, why not Courtney Love? >>

Over the weekend, the story went in a new direction when government officials said they believed the plane’s disappearance was caused deliberately. And even though 25 countries, 43 ships and 58 airplanes have joined the search (according to Boston.com, that number is constantly changing), Hole front woman Courtney Love has decided she may have solved the case.

Love has been doing what plenty of other amateur sleuths have been doing — scanning ocean photographs from the website tomnod.com, searching for any signs of the missing airplane.

The site had asked people all over the world to help look at satellite images to see if they could find anything. On Monday, March 17, Love posted a photo on both Twitter and Facebook declaring that she had found the plane in one of the photos.

Love has never been afraid to share her opinion, on anything, and after her initial tweet, fans responded with all different kinds of posts, both negatively and positively. Love then posted a response.

She later explained her effort, saying, “I mean I don’t know anything about aviation per se,” according to New York Magazine. “I saw an article asked people to help search on Tomnod.com, so I decided to give it a shot.”

Love added that she is hoping to bring awareness to the website by posting the photos, whether or not anything comes from it.

“I hope they find the plane, I pray they’re still alive, it’s sad and my heart goes out to all those involved,” she said. “It’s the least I can do.”