In a recent interview with The Guardian, Scarlett Johansson finally breaks her silence regarding the Woody Allen sex abuse scandal. 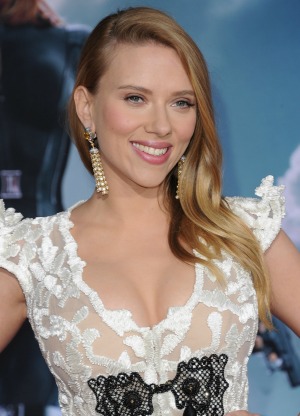 Scarlett Johansson has a lot on her plate right now: hot career, new hubby-to-be and a baby on the way. But she finally took some time out of her busy schedule to address the fact that her name was brought up regarding the Woody Allen sex abuse scandal.

“I think it’s irresponsible to take a bunch of actors that will have a Google alert on and to suddenly throw their name into a situation that none of us could possibly knowingly comment on,” she said in a recent interview with The Guardian. “That just feels irresponsible to me.”

In early February, not long after Mia Farrow’s scathing anti-Allen Golden Globes Twitter rant, Allen’s adopted daughter, Dylan Farrow, penned an extremely detailed open letter regarding the alleged abuse and published it in the The New York Times. In the letter, Farrow shames Johansson, among other actors who have appeared in Allen films, for continuing to worship Allen as a film god despite her abuse allegations. “What if I had been your child, Cate Blanchett? Louis CK? Alec Baldwin? What if I had been you, Emma Stone? Or you, Scarlett Johansson?” Farrow implored in the letter. Cate Blanchett and Alec Baldwin have spoken out in similar ways about the situation, saying it’s a problem involving a family that is not their own.

For now, it seems Johansson is sticking with the old “innocent until proven guilty” law. When asked about the backlash against Allen, she responded, “I’m unaware that there’s been a backlash. I think he’ll continue to know what he knows about the situation, and I’m sure the other people involved have their own experience with it. It’s not like this is somebody that’s been prosecuted and found guilty of something, and you can then go, ‘I don’t support this lifestyle or whatever.’ I mean, it’s all guesswork.”

And it seems, for now, that the Match Point actress is happy to remain one of Allen’s muses amidst the scandal. When asked if her affections for the famed director have waned, she replied, “I don’t know anything about it. It would be ridiculous for me to make any kind of assumption one way or another.”

Sounds like Scarlett Johansson knows how to mind her own bees wax.