Angus T. Jones had a bad ending with the show he spent half his life with, but he is moving on and is hoping to close that chapter of his life. 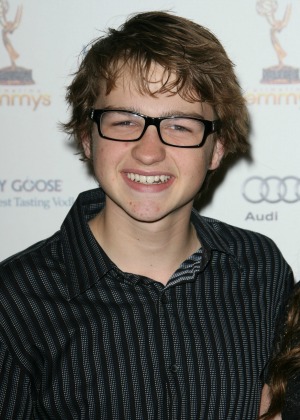 Angus T. Jones has reappeared after months out of the spotlight — and he is looking much different than you might remember him. The actor did an interview with a local TV station in Houston while on a tour preaching to churches and ministries across the U.S., according to the New York Daily News.

Two and a Half Men adds a girl to replace Angus T. Jones >>

Jones spent nearly 10 years on Two and a Half Men (or half his life) but left last year after having a change in conscience over the show’s content.

“That was making light of topics in our world where there are really problems for a lot of people,” Jones told KHOU-TV. “I was a paid hypocrite because I wasn’t OK with it, and I was still doing it.”

The 20-year-old was reportedly making around $6 million a year when he was asked to leave the show. He had posted a video to YouTube in 2012 asking viewers to stop watching the show because of what he called “filth.” The timing couldn’t have been worse, as Charlie Sheen had left the show in a similar fashion — very publicly slamming Chuck Lorre.

In the interview, Jones’ beard was fully grown out, showing how he has changed since leaving the show. Jones told KHOU-TV he does regret how he acted in the video and offered an apology (sort of) to Lorre.

“That’s his, like, baby, and I just totally insulted his baby, and to that degree I am apologetic, but otherwise I don’t regret saying what I said,” added Jones.

His fans now have a glimmer of hope he will return to the big or small screen — Angus said he is considering returning to acting, but only “a few different productions that, like, do kind of Bible-based stories.”