Most of greater Los Angeles awoke to the earth shaking this morning, and everyone wanted to talk about it on social media. How did your favorite celebs fare? 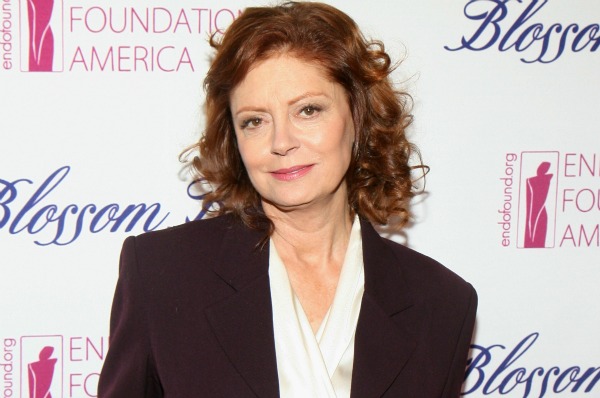 Los Angeles’ 3.85 million residents received a pretty rude awakening this morning. According to the U.S. Geological Survey, at 6:25 a.m. a 4.4 magnitude earthquake based out of Westwood, California, rocked everyone out of bed. With a little luck o’ the Irish, no major damage or injuries have been reported, but that doesn’t mean people weren’t shakin’ in their leprechaun boots. Everyone from Susan Sarandon to Lindsay Lohan were affected by Mother Nature, and we have their posts on Twitter and Instagram to prove it.

Be prepared for an earthquake >>

Jimmy Kimmel, who is expecting his second child with wife Molly McNearney, didn’t necessarily seem frightened by the tremor, only annoyed by the Twitter storm he (correctly) predicted would follow.

Lindsay Lohan was so scared and longing to be held by Mama Oprah. She still managed to snap this cool Instagram pic that looks alarmingly similar to Pink Floyd cover art.

Sarah Hyland of Modern Family was certainly freaked out, as was her dog Barkley.

Ariana Grande felt the jostle, but she was convinced it was something other than Mother Nature. “Why was my initial reaction to this earthquake ‘holy s*** it’s the aliens I’m screwed’?” the songstress tweeted. She also, as usual, tweeted loving concern for her loyal fans.

Paris Hilton awoke from one nightmare to another and tweeted about it.

There were at least a couple celebs who remained resourceful and productive. Ali Fedotowsky took the opportunity to get her cardio in.

And Susan Sarandon proved you can’t keep a good mom down when her son-in-law, Kyle Martino, posted a photo of Sarandon washing her pregnant daughter‘s hair in the sink because the earthquake knocked out the gas. “I can’t work without clean hair! Thanks mom,” Eva Amurri Martino (@4evamartino) commented on the pic. We know this family is gonna stick together through the apocalypse.

What were your favorite celeb reactions to the earthquake? Do you live in Los Angeles? Did you feel the “Shamrock Shake?”