Kanye West is off to do community service and some time in anger management therapy as he resolves his misdemeanor battery case. 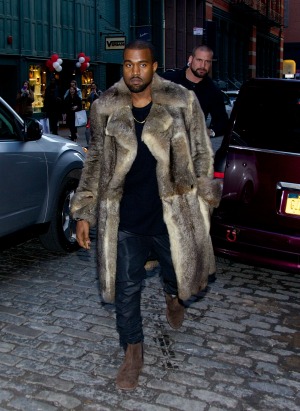 Kanye West is off the hook in one case. Well, sort of. On Monday, the musician pleaded no contest to a misdemeanor battery charge stemming from a July case.

West was at LAX airport when a photographer lingered around the star to tell him that he was a big fan. The paparazzo stated, “Yo what’s up, Yeezus? I’m a big fan. I love your work.”

Unfortunately, the 36-year-old singer was not a fan of the attention and continued to mutter to himself and the surrounding paparazzi about everyone leaving him alone. When the photographer, Daniel Ramos, uttered one final word of “I love you though,” West went into epic meltdown mode.

The dad-of-one lunged at Ramos and wrestled him to the ground, and it was all caught by the TMZ cameras.

While West still maintains his innocence, he did have his lawyer appear for in him in court today. Kim Kardashian’s fiancé was sentenced to two years of probation along with 24 anger management sessions and 250 hours of community service.

Ramos has filed a civil suit against West, but today’s proceedings cannot be used against him in civil court. Perhaps today’s ruling will inspire the Bound 2 singer to make it all go away and pay Ramos off.

In the meantime, West is busy planning his wedding to Kardashian in France with a rumored May 24 wedding date. Hopefully, his marriage will bring more peace to his life instead of altercations with the paparazzi.