Shailene Woodley’s career has taken off since working with George Clooney in The Descendants, but she has some very opinionated ideas about what life should be like. 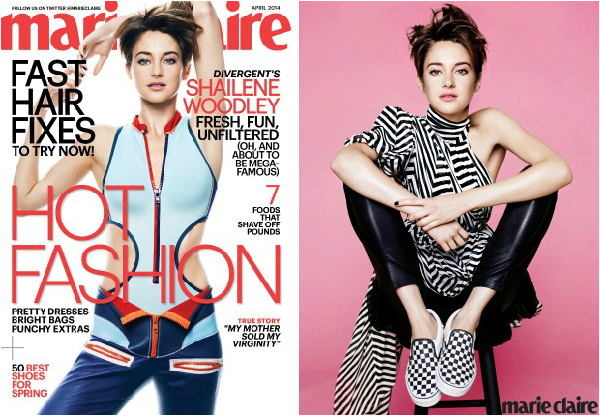 Shailene Woodley is proving herself different than many other actresses in Hollywood, for several reasons.

5 Crazy things you need to know about Shailene Woodley >>

The 22-year-old is a self-described herbalist who has shown she is not a fan of Hollywood society. Here are eight profound quotes from the actress.

“I make my own medicines: I don’t get them from doctors,” she recently told Flaunt magazine. “I make my own cheese and forage wild foods and identify wild plants. It’s an entire lifestyle. It’s appealing to my soul.”

She also told the magazine, “I gather my own spring water from mountains every month. I go to a farm to get my own food. I make everything from my own toothpaste to my own body lotions and face oils.”

Those tendencies toward the natural has left Woodley as an outsider in Hollywood. She told Marie Claire, “I struggle in real life trying to balance my natural connection to the earth and the somewhat materialistic side of the industry I am in.”

The actress is currently single and is OK with that. She told Marie Claire finding a certain kind of connection is important to her.

“I just haven’t met anyone where I was like, ‘Wow, I could definitely see myself spending a season of my life with you.’ I don’t even know if humans are genetically made to be with one person forever.”

“For the first time, I feel like I’m entering my womanhood. I’ve decided to take a few months off, just to see who I am as that woman in the world, because I’ve never been able to experience it outside of this industry.”

“[George Clooney] is still one of my favorite human beings. The things he talks about in the press, like going to Africa, are about one-thirtieth of the things he does. My mom and George are probably the only two people I’ve ever met who are truly genuine givers.”

Speaking of her fans, she pretty much said she doesn’t like any of them. She told Marie Claire, “I don’t pay any attention to the fan thing, because I think it’s a very strange culture nowadays. People have always been fans of people, but I can’t relate to any of these girls or boys who scream. It’s idolizing someone you don’t know. None of these people know me…”

Which co-star did Shailene Woodley hook up with after filming? >>

In a recent interview with SheKnows, Woodley was asked who would win in a fight between Katniss from the Hunger Games and Tris from Divergent.

You can see Shailene Woodley in Divergent, out in theaters March 21.