It’s going to be a darker Season 2 for Orange is the New Black. Find out what the cast had to say about the upcoming season. 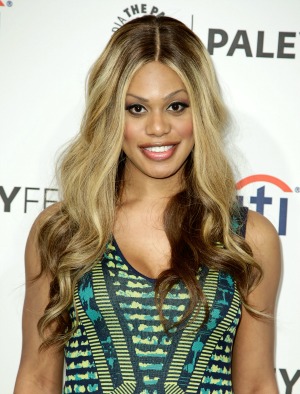 On Friday night, the cast of Orange is the New Black gathered at the Dolby Theatre to talk about their buzzworthy first season at PaleyFest in Hollywood. SheKnows was there to get the inside scoop on Season 2 from several of the cast members.

One of the most moving story lines from Season 1 revolved around Laverne Cox’s transgender character, Sophia Burset. Her time in jail resulted from financing her gender reassignment surgery through credit card fraud.

OITNB cast dishes on the must-have items in prison >>

Cox told SheKnows, “Sophia, I can’t say too much, but as an actor, I got to do some stuff I’ve never done before. There was one scene in particular where I laughed so hard that I didn’t think I’d be able to get through it because the writing was so funny.”

She continued, “I don’t want to reveal too much but Lorraine Toussaint, who plays Vee, joins us for Season 2. Vee shakes things up big time. It’s major. Get ready, just hold on to your easy chair, your recliner, your computer screen. However you are watching, it’s good.”

With juicy morsels like that from Cox, it was interesting to hear that Yael Stone, who plays Morello, had a bang-up time on set, too.

“We go deeper and we learn more and it was really fun to do. That’s all I can really say. There was one little stunt that I did that I was thrilled about. I got a stunt T-shirt for doing it. That was my highlight,” said the pint-sized star.

While we don’t really know what that means for her character just yet, Stone described the season as “scarier” than last year.

Finally, we caught up with Danielle Brooks, who plays Taystee. She was just upgraded to a series regular this season, so we will be seeing more of her character’s history this year.

Brooks explained, “There’s definitely a journey that Taystee takes in Season 2 that shocked me in a lot of ways. Choices that she’s made this season are not choices I think she would make, so it was exciting to play. It also opened my eyes to who she really is and it made me think that she isn’t really Taystee, she’s Tasha. She hasn’t discovered that yet.”

The cast wasn’t able to divulge much about Season 2, but these little hints definitely indicate that it’s going to be a bumpier ride for Chapman and the rest of the inmates.

OITNB premieres on Netflix on June 6.