Fashion designer L’Wren Scott is dead of a suspected suicide. She was 49 years old. 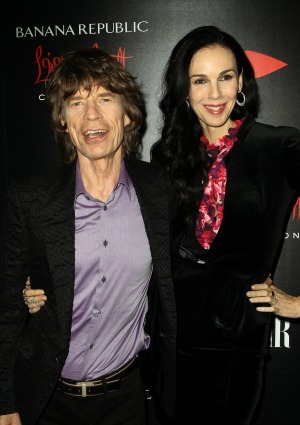 Scott’s body was found hanging from a doorknob with a scarf tied tightly around her neck in her Manhattan apartment by her assistant, who was responding to a text to the designer that she come over and let herself in with a key.

A spokesperson for the NYPD confirmed, “A 49-year-old female was found this morning at 10:05 a.m. at 200 11th Avenue. She was unconscious. She was pronounced dead on arrival by the emergency medical services. The investigation is ongoing. We are awaiting medical examiners to determine the cause of death.”

No suicide note was found.

Julia Roberts’ sister calls her a b**** before suicide >>

Scott, a former model who parlayed her love of fashion into an acclaimed career as a stylist and then in design, was beloved by celebrities such as Sarah Jessica Parker, Angelina Jolie, Nicole Kidman, Reese Witherspoon, Christina Hendricks, Sandra Bullock and First Lady Michelle Obama, who have all been spotted in her gowns.

She ranked among The Hollywood Reporter‘s 25 Most Powerful Stylists in 2011, 2012 and 2013 but failed to make this year’s list. Scott also canceled planned shows at both New York and London Fashion Week, citing production delays.

Scott dated Mick Jagger since 2001, when they met on the set of a video shoot. A spokesperson for the rocker said he is “completely shocked and devastated” about her death.

Even Jagger’s ex-wife Bianca was saddened by the news and tweeted her condolences.

Heartbroken to learn of the loss of the lovely and talented L'Wren Scott. My thoughts and prayers are with her family. May she rest in peace