Oscar Pistorius was quick on the draw in inappropriate circumstances, a gun expert who worked closely with the runner testified. 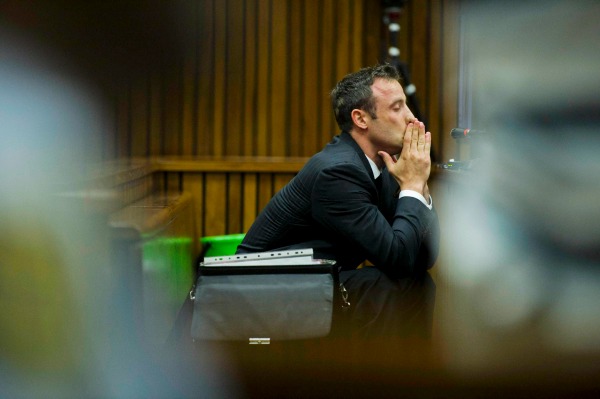 A witness for the prosecution has testified that Oscar Pistorius had a great passion for firearms but that he was not always responsible with his weapons.

Sean Rens, manager of the International Firearm Training Academy, told the court that the Olympian has “a great love and enthusiasm” for guns. Rens also testified that despite answering all of the questions on the self-defense portion of a guns test correctly, Pistorius still went into “full combat mode” in a 2012 incident.

Rens described one conversation in which Pistorius told him that he cleared his home with a drawn weapon after being startled by a noise.

“He went into what we call ‘code red’ or combat mode,” Rens said. “When he came to the source of the noise, it was the laundry or something.”

Pistorius himself had described the incident in a since-deleted tweet from November 2012. “Nothing like getting home to hear the washing machine on and thinking its (sic) an intruder to go into full combat recon mode into the pantry!” he wrote.

Rens also described how Pistorius answered correctly when quizzed on how to handle his firearm in various self-defense scenarios, including when two men approach a home, when they break into a house, when they begin stealing belongings and order the homeowner to leave and if the owner is threatened with death while standing behind a security gate.

In each instance, Rens said Pistorius correctly answered “no” when asked if it was appropriate to fire at the hypothetical intruders. This understanding of South African gun laws would seem to show that Pistorius is telling the truth about believing Reeva Steenkamp was an intruder when he shot and killed her through the bathroom door, flouting those very gun regulations.

Rens testified that Pistorius was aware that he was only to fire his weapon against an intruder if that person was advancing with his own weapon drawn.