Chris Pine won’t be able to drive in New Zealand for six months after pleading guilty to DUI and losing his driver’s license. 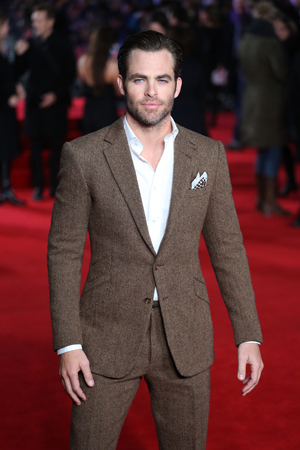 A judge at the Ashburton District Court fined the Star Trek actor $93 New Zealand dollars, which amounts to $79 U.S. dollars, and had his New Zealand driver’s license suspended, as reported by People magazine.

During the hearing, Pine stood next to his attorney Marilyn Gilchrist, who entered the guilty plea on his behalf while he remained silent.

Fairfax Media reported that Gilchrist said Pine took responsibility for getting behind the wheel when he shouldn’t have and was remorseful for his actions. Gilchrist added that Pine had been suffering emotionally and professionally because his acting contracts could be jeopardized because of the arrest.

Upon leaving the courthouse, Pine reportedly told waiting fans outside that everything was fine and, “It’s all going to be OK.”

Pine was pulled over by police on March 1 after leaving a wrap-up party at the Blue Pub for his latest film Z for Zachariah. The star’s alcohol level was 0.11, which was over the 0.08 legal limit in New Zealand. While the Jack Ryan: Shadow Recruit star did not appear to be intoxicated to the pub’s owner, Casey Crawford, Pine told police he had consumed four vodka drinks before he was stopped.

However, Pine, along with the rest of the actors and movie crew at the bash, was calm and well-behaved throughout the entire affair before leaving with his girlfriend, Iris Bjork Johannesdottir, about 3 a.m.

“This was a well-controlled party,” a rep for the pub told E! News. “The cast and crew were friendly and it was a great night, not a wild party.”

The rep added that, “Chris Pine did not appear to staff to be intoxicated to a level where intervention might have been warranted.”