Jamie Lynn Spears is a married woman! The once-young songstress who made major headlines for becoming a pregnant teen is officially now James Watson’s wife. 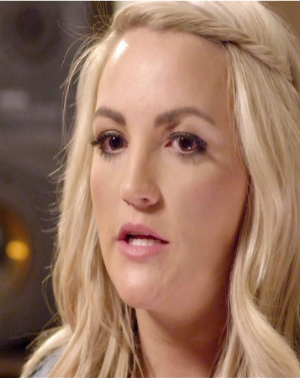 E! News claims to have an inside knowledge about the pop-singer-turned-country-star‘s wedding, revealing the nuptials took place in the evening in New Orleans.

Jamie Lynn Spears is fixin’ to get hitched! >>

Additional details on the Spears-Watson wedding are sparse, though we do know the 22-year-old mother of 5-year-old Maddie Briann picked out a gown by Liancarlo while out shopping for wedding dresses together in January.

Spears was engaged to, but never actually married her daughter’s father, Casey Aldridge.

James Watson popped the big question in 2013, splurging on a gorgeous sparkler for his fellow Louisianan. The die-hard football fan is not a part of the entertainment industry; he owns a high-end electronic communications service called Advanced Media Partners.

As evidence by photos Spears has shared online previously, Watson is both fond of Maddie Briann and fishing. Perez Hilton also reports Watson and his family hold a membership for duck hunting at Specklebelly Hunting Club in New Orleans.

Thus far, the blushing bride hasn’t mentioned she’s exchanged vows on Twitter, but did post this message on Friday:

Happy Pi Day! Here’s a screencap of my video at 3:14. Are y’all doing anything to celebrate? http://t.co/DIkJz0GP87 pic.twitter.com/I5TsZw1sQH

Here’s hoping the bride and groom had the forethought to order a few types of edible pie along with the wedding cake for their celebration.

Join us in congratulating Jamie Lynn Spears on her wedding by leaving a comment below!