Chris Brown appeared to be getting some help in a rehab program, but after being kicked out, he was taken back into custody. 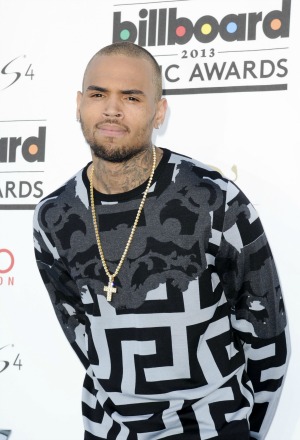 Chris Brown is back in trouble, and behind bars yet again, after allegedly breaking his probation relating to his 2009 conviction for an assault on then-girlfriend Rihanna.

According to the Los Angeles Times, Brown was booked into the Los Angeles County jail on Friday for a probation violation and is currently being held without bail. Although Brown’s attorney isn’t commenting on the arrest, it may have come from the fact that he did not complete his anger management treatment program. Brown was ordered into the program in November and did complete his 90-day treatment. After being sent back, TMZ is reporting, he was kicked out Friday morning for violating “internal rules” (he was also kicked out of another treatment facility last year).

Brown was also arrested last October in Washington, D.C., where he still faces a charge of misdemeanor assault for allegedly hitting a man trying to take a picture of him.

In February, prosecutors asked a judge to take Brown into custody for not living up to that probation requirement and “obey(ing) all laws.” Because Brown had showed progress in rehab, the judge had said he didn’t want to send him back to jail. Instead, the judge ordered Brown to remain in the program until that separate case in Washington, D.C., was complete. He said that instead of jail, he thought the treatment program would give Brown an “adequate safety net.” Getting kicked out of that program means he is not adhering to his probation requirements.

TMZ reported Brown was caught in an “inappropriate relationship” with a female worker at the facility, but that is not why he was kicked out.

Brown was reportedly “cooperative” when he was taken into custody by sheriff’s deputies in Malibu around 2 p.m. on Friday.