It’s an amazing interpretation of Beyoncé’s most recent album. Watch the video by Superfruit that is making its way around the internet. 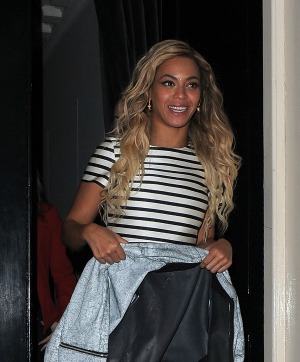 If you ever thought that Beyoncé‘s recent self-titled album was too long for you to listen to in one sitting, YouTube musicians Superfruit have found a solution. In a video that has gone viral, the two members of the group, Mitch Grassi and Scott Hoying, sing her entire album in five minutes.

The duo, clad in sweatshirts that say “Surfboard” and “No Angel,” give Bey a run for her money. If Grassi and Hoying look familiar to you, it’s because they are members of the a cappella singing group Pentatonix, which won Season 3 of NBC’s The Sing-Off.

VIDEO: Is Beyoncé’s “Partition” a lesson in seduction? >>

In the description of the video, Superfruit wrote, “We couldn’t decide what Beyoncé song to cover so we decided to cover the entire album :)”

While watching the video, remember that it is two men singing a female’s part, so it’s hard not to be impressed with the work that they did. Comments on the video were just as appreciative and one particular person loved it the most — Beyoncé herself.

Kim K. or Beyoncé: Who has the most expensive engagement ring? >>

In a posting on her Facebook page, the singer wrote, “Mitch and Scott are FLAWLESS!”

With fans sharing her post over 2,000 times as of press time, this video is bound to see a million hits before long. As of Friday afternoon, the video had been watched over 762,000 times.