Cher is sad and she’s tweeting about it. Bob Mackie doesn’t have time to do her costumes for her latest tour. 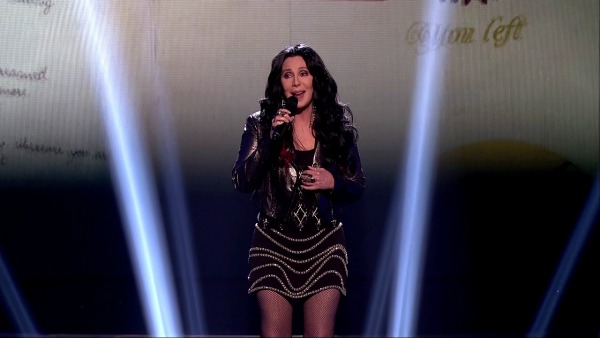 It’s the end of an era for Cher and her longtime costume designer, Bob Mackie. The two worked together for 42 years creating some of the most outlandish wardrobe for her tours and even the Oscars.

The 67-year-old tweeted out the bad news to her followers on Thursday.

Does Cher want nothing to do with her son Elijah Blue? >>

The singer included 10 broken-heart emojis at the end of the tweet to emphasize her sadness about the split.

The two began originally met in 1967 when the designer was in charge of costumes on The Carol Burnett Show. He went on to work for the “Love One Another” singer on The Sonny & Cher Comedy Hour for four years. However, his most notable piece was the feather headpiece she wore at the 1986 Oscars.

Cher continued tweeting about her sadness regarding the split.

Cher takes back what she said about Miley Cyrus’ twerking >>

She also worked hard to convince him to make time for her tour, but to no avail.

The good news is the show must go on, and Cher was able to find the right person to take his place: designer Hugh Durant.

Mackie has not responded to any of Cher’s tweets.

The Dressed to Kill tour kicks off March 22 in Phoenix.