We take a look at some sneak clips from the Monday, March 17 episode of Switched at Birth, “The Ambush.” 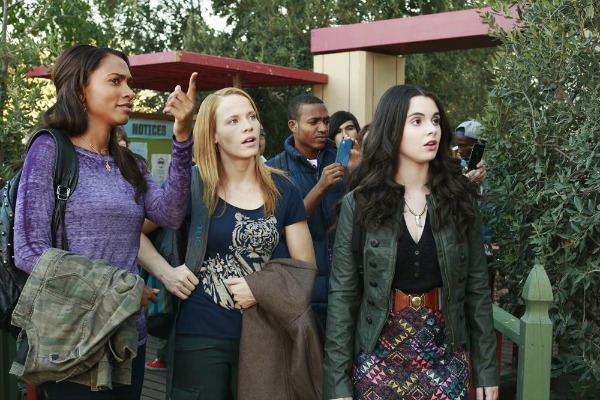 In the last episode of Switched at Birth, Bay learned the truth about Ty’s supposed affair and had a falling-out with Tank. Does this mean she will break up with Tank and wait for Ty to return? Daphne had some issues with her baby sister, but it looks like all of her attention will be on romance in the next episode. Has she made her final decision between Jorge and Campbell? Toby seemed to find a new purpose for his life in the episode, but what will that mean to his marriage?

The good news is that many of the questions raised from the last episode will be answered in the next episode. The bad news is that we still have a few days to wait for it. Until then, take a look at the preview and a couple of sneak-peek clips from “The Ambush.”

In the preview for the episode, everything really comes to a head when Bay starts to think that Tank might not be the right guy for her. Toby and Nikki have a heart-to-heart and it looks like she might be rethinking their marriage. Meanwhile, Daphne is still considering her two suitors and wonders what it would be like to get romantic with Campbell.

In the first sneak-peek clip, we find Daphne working at the clinic when Jorge drops off some paperwork and she hands him a bunch of climbing gear a friend left at the front desk for him. Jorge asks Daphne to go with him, but is quick to point out that it’s not a date, they can just go as friends. Campbell overhears them making plans and wants to join in, but things get really awkward when they all realize that of course he can’t join them for rock climbing, leaving Daphne and Jorge feeling pretty bad.

In the second sneak-peek clip, we see Toby chatting with Sharee at school. He wants to know why she thinks she will never go to college. She doesn’t want to leave her mom or end up with a massive debt, so Toby asks if she would consider it if she could get a scholarship for field hockey. Toby offers to get a coach down to watch her play so she can give it a shot.