We take a look at preview photos and a sneak-peek clip from the Sunday, March 16 episode of The Walking Dead, “The Grove.” 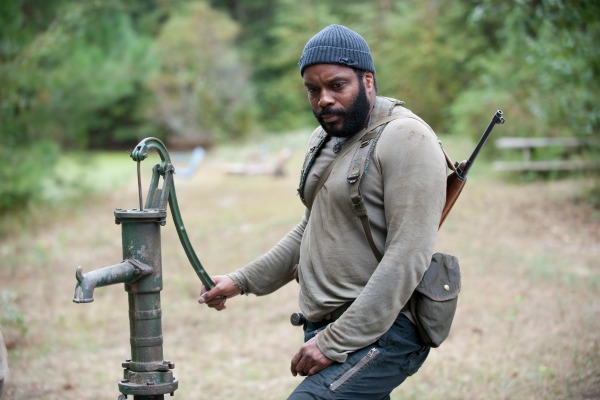 In the last episode of The Walking Dead, “Alone,” some of the survivors were split apart and reunited, while others were just split apart.

Maggie, Sasha and Bob made a good team and even found a way to fight walkers in blinding fog. But when Sasha decided that she wanted to stop at some random town and find more permanent shelter rather than keep looking for Terminus and Glenn, Maggie put her foot down and struck out on her own. It was a scary moment, wondering if Maggie would die out on the road by herself. It became even scarier when Bob made the decision to split from Sasha and go out looking for Maggie. Suddenly all three of them were by themselves and it was with a huge sigh of relief that fans saw them reunited at the end of the episode.

Things didn’t go nearly as well for Daryl and Beth. They found themselves a well-stocked funeral home and the two were getting on quite well with plenty of food and a nice, quiet place to lay their weary heads. But peace never lasts for long on The Walking Dead and soon they were overrun by walkers and forced to split up. But as has become a running theme on the show, it was a band of humans that were much more dangerous when they kidnapped Beth and left Daryl alone on the road. He was soon found by a group of hooligans, the very same group that threatened Rick, Michonne and Carl not too long ago.

In the next episode airing on Sunday, March 16, “The Grove,” it looks like fans may have to wait to find out what happened with Daryl and Beth. With the survivors still split up after the winter finale, the show has been focusing on only a few survivors per episode. If the sneak-peek clip and photos are anything to go by, this week’s episode will focus on Tyreese, Carol, the two girls and baby Judith.

5 Things to do while The Walking Dead is on hiatus >>

In the sneak-peek clip from the episode, Tyreese and Lizzie are playing a simple game of I Spy when Tyreese spies something that isn’t so fun. Is it a walker or could it be a human who’s been on the road alone for so long that they’ve begun to look like one? Check out the video below to see if you can gather any clues.

A preview photo from the episode shows Carol looking out from a window. Does this mean that she, Tyreese and the children have found shelter? 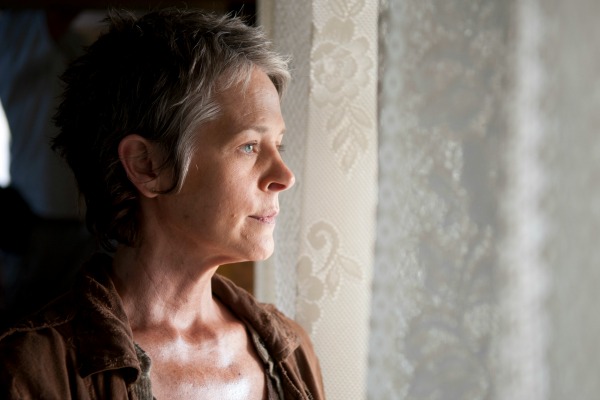