Seth Rogen is no fan of Justin Bieber, and he let the world know exactly what he thinks of the teen idol on Watch What Happens Live. 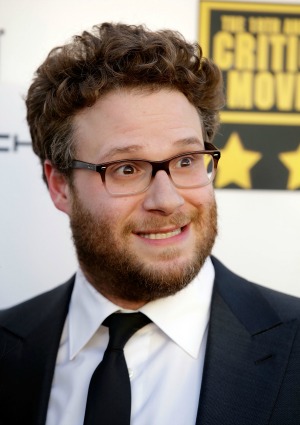 We never really pegged Seth Rogen as a big Justin Bieber fan, and it turns out the actor has as negative an opinion of the teen idol as much of the rest of the world.

During an appearance on Watch What Happens Live, Rogen did not hold back when it came to his opinion of the “Baby” singer.

“In my opinion, Justin Bieber is a piece of s***,” he told Andy Cohen.

“He seems like he’s obnoxious and ungrateful, insincere, and he puts people’s lives in danger with his horrible, horrible behavior.”

This isn’t the first time Rogen has spoken out about the misbehaving miscreant. Following Bieber’s January DUI arrest in Miami, Rogen tweeted his disdain for the star, writing, “All jokes aside, Justin Bieber is a piece of s***.”

One artist Rogen has a much better opinion of is Kanye West. Despite the mocking video Rogen and James Franco made of the hip-hop star’s shirtless, dry-humping “Bound 3” with Kim Kardashian, the actor is a huge fan and was relieved when the famous couple saw the humor in the skit.

“I’ve seen both Kim and Kanye since that video came out, actually. And they both think it’s really funny, thank God!” he told Cohen.

“I was worried because I’m a big Kanye West fan, like a huge Kanye West fan. I saw him in New York, and he pointed to my wife, like ‘How come she wasn’t on the motorcycle?’ But he was pleased and humored by the experience.”

Better to have Bieber as an enemy than West, we suppose. Less chance of an epic Twitter rant.