Lady Gaga’s SXSW performance was truly memorable but perhaps for all the wrong reasons! From being roasted and basted like a pig to being puked on by a vomit painter, what could possibly be next? 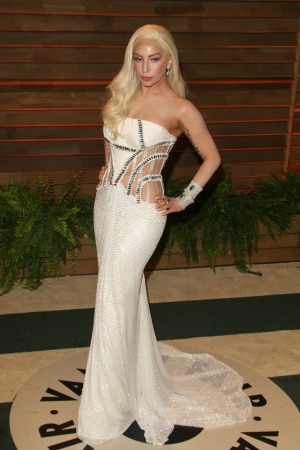 The 2014 South By Southwest event aka SXSW has already grabbed headlines for a truly tragic reason after a crowd gathered near The Mohawk venue was plowed down by a drunken driver in the early morning hours on Thursday, leaving two dead and 23 injured.

However, thanks to Lady Gaga, it’s also now in the headlines for something completely bizarre!

Lady Gaga’s performances are always memorable and slightly crazy, but she may have outdone herself with her very weird SXSW antics.

According to the Washington Post, Gaga took to the Doritos #BoldStage at the Austin, Texas, event on Thursday night and opened the show by roasting herself on a spit whilst her dancers basted her with barbecue brushes.

However, that was not the strangest part. The “Applause” hit maker decided she needed to create even more shock value at her show, and this was done by getting a woman to “vomit” on her during her rendition of “Swine.”

It may shock you to learn that there is something called “vomit painting,” and there’s a woman named Millie Brown who joined Gaga on the stage to do just that! After ingesting a full bottle of neon green fluid, Brown proceeded to put her fingers down her throat so she could vomit all over the pop sensation whilst she played the drums.

The eccentric performance did not end there, however. Gaga and Brown then climbed aboard a mechanical pig where she proceeded to play her keyboard. When this was over, Brown began painting Gaga with a black liquid that left her skin stained.

The concert was held to celebrate her Born This Way Foundation, and only fans who had completed a Doritos Bold Mission were granted entry. But we are left thinking, what could possibly follow this extravagant performance? I think we may have now seen it all!