Even if you’ve never been a big fan of Jennifer Lopez’s music and music videos, we guarantee you’re going to watch this and think, “Huh. That didn’t suck.” (Note: The video and a few of these GIFs are, at times, NSFW.) 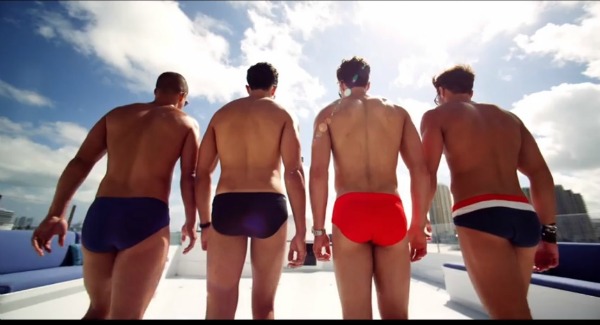 A member of the self-described “entourage that does nothing” complains about how women are objectified in male music videos while she’s bouncing around in a crop top.

The green lantern is back!

We’re all for repurposing, and that is what Jennifer Lopez appears to have done with the infamous barely there green Versace gown she wore to the 2000 Grammys. Remember this?

We’re going to forgive JLo for bringing us a tune that reminds us a lot of something Rihanna would put out, primarily because this video is chock-full of eye candy. In fact, you’re probably going to see a pattern with reasons 3 through 5. The only thing messing up this GIF is Lopez. (Jen, honey, can you just move a little to the left? OK, a lot to the left — as in out of the frame entirely.)

Hey, big guy, what are your pecs doin’ later? (Suggestion box idea for Lopez’s next video — five straight minutes of this dude.)

…For bringing us this visual masterpiece (and by visual masterpiece, we mean the — say it with us — men). The song doesn’t suck either, but it’s probably fair to say we wouldn’t be hitting the replay button if it weren’t for the hot guys. There’s really only one reason this video doesn’t suck, but we had to stretch it out to five. (Again, can we please get two solid seconds of this video without Lopez’s mug in it? Quit ruining Christmas, Jen!)