Jessica Simpson and Eric Johnson are taking their sweet time to get hitched, and it appears their big day may be even further away because Italy is no longer their wedding destination. 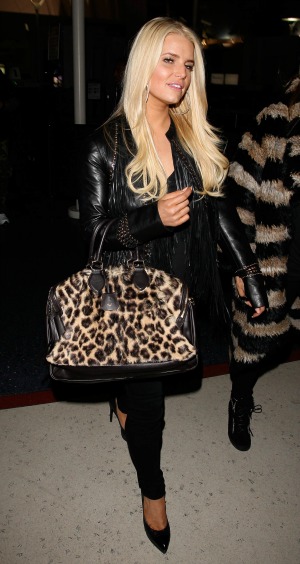 Fans of Jessica Simpson have been eagerly awaiting her wedding to her beau Eric Johnson since the announcement of their engagement in 2010, and the couple appear to be taking their sweet time.

This may not be the beauty’s first wedding, but she definitely wants it to be one to remember. She and Johnson have been spending months searching for the most beautiful wedding destination.

It was believed the The Dukes of Hazzard star would be walking down the aisle in Capri, Italy. However, it appears Simpson has changed her mind and now has her sights set on somewhere local in Los Angeles, California, instead.

A source revealed to Us Weekly that the couple “decided to keep it simple.” The pair also realized that asking all of their friends and family to fly to Italy was not going to be a cheap affair.

However, the loved-up couple initially had their sights set on Capri because it was one of the first places they traveled to together after they began dating, and that is why they returned to the beautiful island destination to look for wedding venues.

While Simpson may not have chosen a destination for her upcoming nuptials yet, one thing is certain — she is going to look fantastic in her wedding gown since she has already shed her baby weight.

And at least having a local wedding means not only will it be cheaper and easier to plan, but she’ll also have more cash to spend on a great new post-baby weight wardrobe, right?