Though the movie stays true to the book, there are a few key changes to look out for when Divergent hits theaters March 21. 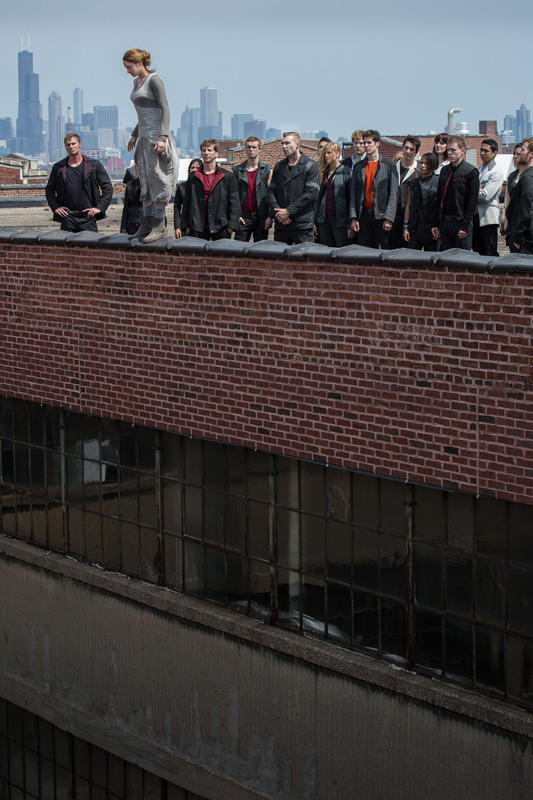 Fans of the trilogy will be happy to know that Divergent closely follows the original story by Veronica Roth. In fact, aside from condensing a few characters and plot points, the movie is spot on for every action-packed, thrilling minute.

Don’t fret if you haven’t read the books. The movie does a great job getting you up to speed on the backstory, while fans of the novels are sure to fall in love all over again.

For those who have read the books, a few differences might stand out.

Andrew Prior tells Tris (Shailene Woodley) at the very beginning of the film that Marcus had a son who chose a different faction. Andrew is also aware that Marcus was suspected of domestic violence.

Why it works: It’s still revealed through Four’s fear landscape that he is, in fact, Tobias Eaton. It sets up the story, so the viewer is immediately aware that all is not perfect in this dystopian world.

2. No one dies on the first jump after the choosing

In the book, during the first jump from the train once Tris chooses Dauntless, one person doesn’t make the jump and falls to his death. This was a key moment in the book because you realize Dauntless isn’t fun and games. Either you stand up to the challenge, or you die. This is reinforced throughout the book when Christine nearly falls to her death and Four throws knives at Tris.

Why we like it but don’t need: We didn’t exactly need the scene to be included, but it definitely could have been one way to set the stage of suspense. The movie does a great job of keeping you on the edge of your seat, but like in other YA book-to-movies such as The Hunger Games, the violence is toned down.

TRAILER: Is Divergent the next Hunger Games? >>

3. The Aptitude Test is shortened

The movie shows Tris in the room of mirrors before the dog appears, but the test ends when she jumps at the dog to keep it from hurting the little girl. In the book, we also have the man-on-the-train scene before Tori decides for sure that Tris is Divergent.

Why we didn’t miss it: The scene with the dog is still really well-done, and we are quick to gather that something is not quite right about Tris’ test. The film didn’t need to make the moment any longer. This is an area we can understand condensing.

4. The scene when Tris is attacked is toned down

Peter is never implicated nor does he try to touch or taunt Tris. In fact, Four saves Tris from her near-death, and the two run off together down the hallway. Only Al is the big suspect, and he handles the punishment himself.

Why we wanted more: It didn’t really make sense that Four would just leave the boys after intervening and forget the whole situation. Plus, because in the book Peter touches Tris inappropriately, it’s easier to understand why her fear landscape suddenly includes a scene of a similar nature with Four.

5. Edward doesn’t get his eye poked out by Peter

This appears to be another case of the film toning down the violence. In fact, Edward’s character overall isn’t as pivotal to the plot. Instead, Will and Al take center stage during training with Tris. Both of their stories end the same as in the books, if you get where I’m going.

Why we wanted it: Sure, Peter is annoying in the film, but in the books he’s downright evil. If you’ve read the entire trilogy, you know why it’s pivotal we agree that he is nothing but scum of the earth.