With all clues pointing toward an inside job, investigators may be probing those who know the Kardashian homes inside and out: The crew that films the family’s reality TV show. 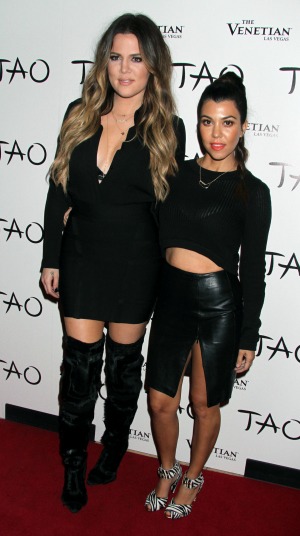 Soon after Khloé Kardashian‘s home was burglarized on March 3, her sister Kourtney Kardashian found herself a victim of theft as well. With no signs of forced entry and only extremely valuable items missing from both scenes, sources are saying crew members of the siblings’ famed E! network reality show may be the culprits, according to People magazine.

The amount of $50,000 was taken from Kourtney’s Calabasas residence. About $250,000 worth of jewelry was stolen from the Tarzana, California, home owned by Khloé and her estranged husband, Lamar Odom. Their house remains mostly vacant as the couple work through their pending divorce.

Speculation as to who robbed the Kardashian-Odom home ranges from drug dealers to Odom himself. Odom’s alibi is pretty airtight, however, considering he was in Spain at the time of the burglary.

The unnamed Kardashian inside source claims that questioning has turned to those who had access to and personal, in-depth knowledge of the inside of the houses, which of course indicates all crew involved with Keeping Up With the Kardashians. “They think it had to be someone close,” the source said of the sisters.

March isn’t shaping up to be a lucky month for the Kardashian clan. In addition to the burglaries, Khloé and Kourtney’s sister Kim was involved in a car accident this past Tuesday. Fortunately, no one was injured.

The E! network and Bunim/Murray (the shows production company) are tight-lipped about the home invasion situations so far, and another inside source told People that the crew has yet to be questioned. “A producer is assisting in police inquiries, but no crew members have been interrogated,” the source said.

Officials are also remaining mum. “Who we think (committed these crimes) is all part of the ongoing investigation,” said LAPD officer Wendy Reyes. “We have not been making any comments as far as that’s concerned.”