Emma Watson has what plenty of other actresses would love, but she wishes she could go back and change it all. 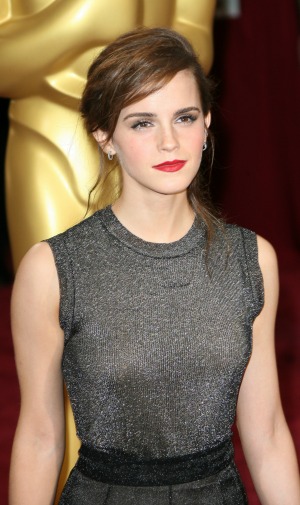 Emma Watson has been a big star since she was just a kid, but that doesn’t mean she is happy she took that path. Watson landed the role of Hermione in the Harry Potter series more than 15 years ago and has grown up (good times and bad) in the public eye. She opened up to Elle about what it means to lose your childhood in return for fame.

“There are all these actresses who have emerged in the last year or two, and they get to emerge as this complete human being,” the 23-year-old told the magazine. “And I’m so jealous!”

Watson has found herself through the fame and admitted she had an unlikely idol to help her on that journey: Elizabeth Taylor.

“She had her first kiss in character,” Watson said. “On a movie set. It really struck me. I don’t know how or why, but I had this sense that if I wasn’t really careful, that could be me — that my first kiss could be in somebody else’s clothes. And my experiences could all belong to someone else.”

Watson said that story made her rethink her life, and she decided to take some time off from acting. She enrolled in college, Brown and Oxford universities, and became a normal person for a few years. But she eventually returned to acting. She starred in coming-of-age film The Perks of Being a Wallflower as well as in The Bling Ring.

Her newest film, Noah, has her starring in the Bible epic alongside Russell Crowe and Jennifer Connelly.