A new Instagram selfie shows Kim Kardashian posing in what she claims to be her younger sister’s swimsuit. But is it too hard to believe that the two stunning sisters share the same size? 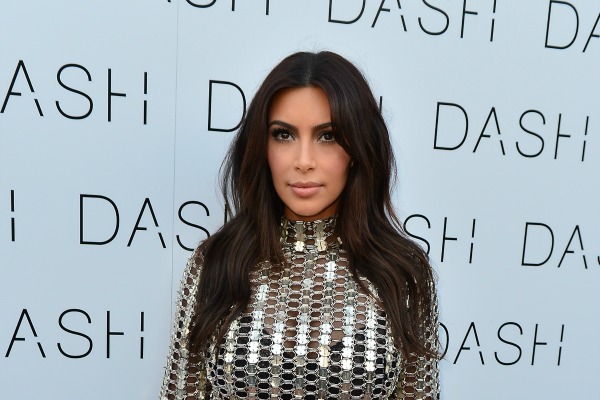 Kim Kardashian is not shy when it comes to social media, that’s no secret. Yesterday she posted two new photos of herself sporting a sexy little bikini, and again, no big shocker. The questionable aspect of this post is the claim Kardashian, who just hammered out a prenup with Kanye West, is making of her ensemble.

According to the soon-to-be Mrs. Yeezus, the suit is stolen, and the rightful owner is her younger sister, model Kylie Jenner. Do we believe that all of Kim K’s curves are fitting into slender Jenner’s skimpy little black number? Let’s investigate.

Evidence exists that is in the new mom’s favor. Jenner posted two photos of herself wearing what looks to be the same exact bikini as her older sister is wearing in her own photos.

However, the photos in question were all posted on the same day, and both ladies made it known on Twitter and Instagram that they were in Miami. Did Jenner take off the suit mid-family pool party? Were Jenner and Kardashian at the hotel swimming pool? If they were, did Jenner swim first, finish, then go back up to the room while Kardashian took a dip? Did Kardashian launder the suit before putting it on? Or did she wear soiled bikini bottoms? So many questions. To believe the Queen of Belfie’s claim of bikini theft, we need more details on the transfer timeline of said bikini.

Other factors that indicate an actual robbery might not have actually occurred are cold hard numbers. According to bodymeasurements.org, Jenner’s bra size is 32C, while Kardashian’s is 32D. Their hip size also differs by a whopping 4 inches. That’s quite a bit more work for such a small amount of fabric to handle. Now, Jenner does stand quite a bit taller than her older sis (she is reportedly 5 feet 9 inches tall, while Kardashian is just 5 feet 3 inches tall). Is the extra height enough to make up for the all of the curves? It’s easy to remain skeptical that the suit that clothed this:

Manages to cover about the same amount of skin on this:

Regardless of whether there happens to be one or two black peek-a-boo bikinis in the family, there’s no denying that both Kim and Kylie look fabulous.

What do you think? Should Kim K be charged with theft… or falsifying a crime?