After months of waiting, we finally get a peek at OITNB new cast member and new drama with recently released photos. We can barely stand the wait! 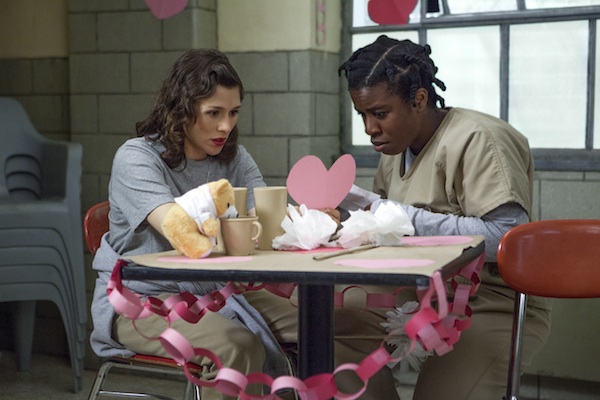 We have been waiting oh so very long to catch a glimpse of those dangerous, dysfunctional ladies in orange we have come to love… and hate. The moment has finally arrived, if only in pictures for now. We are still a few months away from the Season 2 premiere, but Netflix has been kind enough to whet our appetite by releasing a few teasing photos. 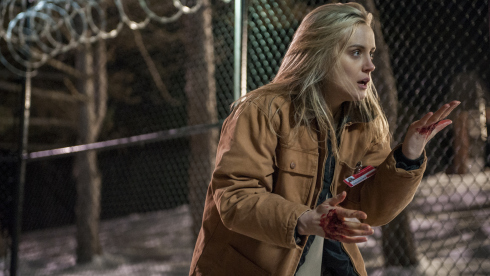 Piper Chapman (Taylor Schilling) is still bloody after her violent meltdown in the last moments of Season 1. We can only hope this means Season 2 will pick up right where it left off. 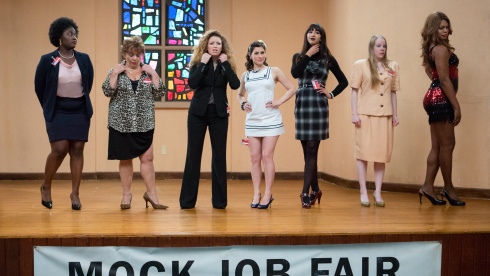 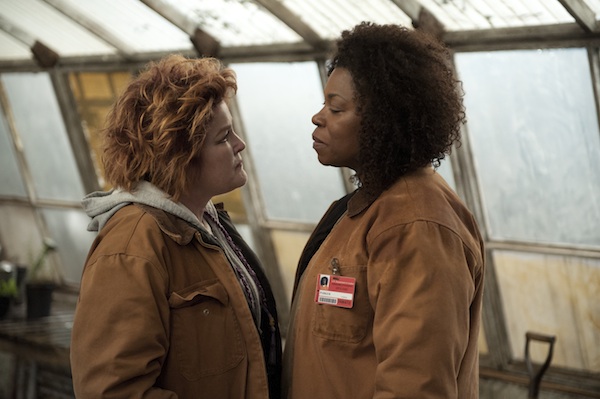 And let’s not forget about Red (Kate Mulgrew). The leader of the pack and one of the most-dynamic characters on the show may have a new foe to defeat this season. New cast member Lorraine Toussaint plays Yvonne “Vee” Parker, and she looks like she wants to give Red a run for her money. 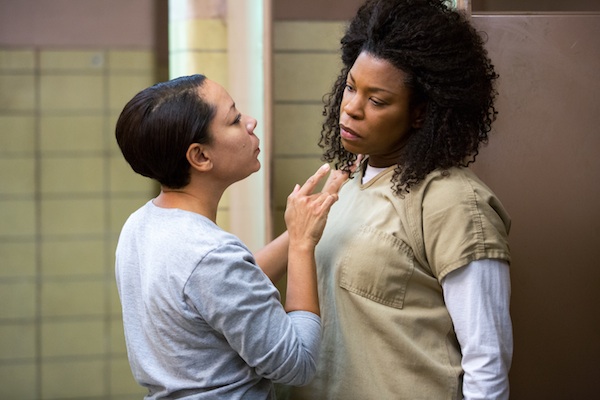 But Red isn’t the only inmate Vee is going to have a problem with. Looks like it’s going to suck to be the new girl. 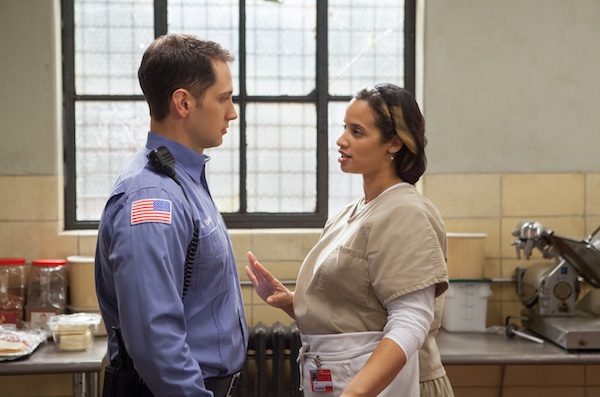 This forbidden prison love storyline is by far one of the most intriguing stories on the show! How will things unfold now that Maria is pregnant with John’s baby? 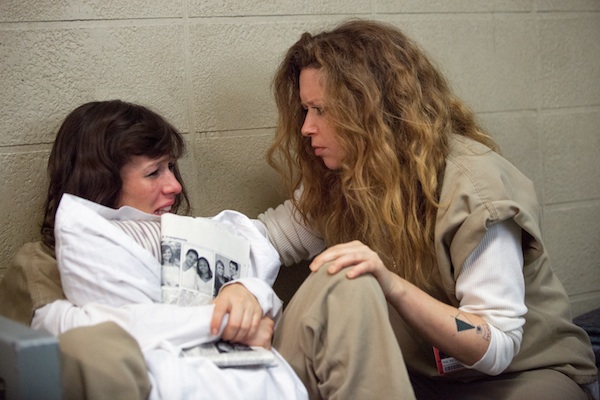 Nicky comforts her on again/ off again lover. Will they be back on this season? 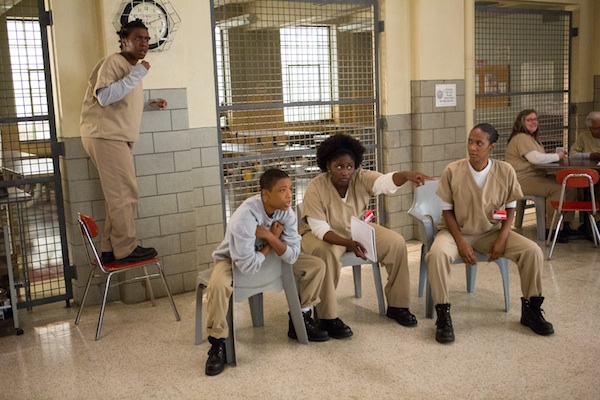 What is going on, on the other side of that room? Crazy Eyes looks a little extra crazy than normal so it’s gotta be something juicy. 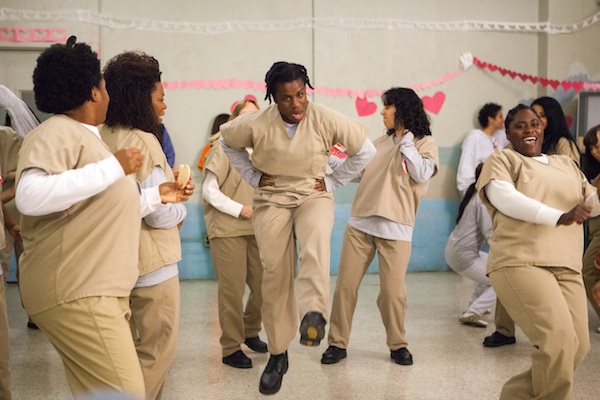 These girls love any reason to party! Crazy Eyes and the crew have a little fun on V-Day.

Orange is the New Black Season 2 premieres on Netflix June 6.