Kim Kardashian may have made belfies famous, but there are plenty of other celebs who have made it a new phenomenon. 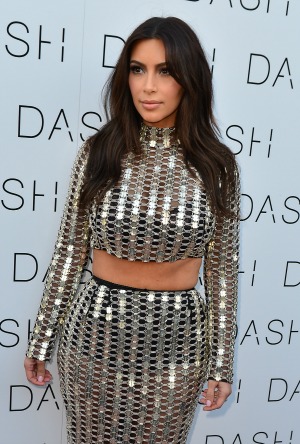 Apparently a “belfie” is now a thing, and leave it to the Kardashians to lead the charge on the new trend. A belfie is the next generation of selfie — a selfie of your butt.

Samsung donates $3 million to charity because of Ellen’s selfie >>

Although stars like Kim Kardashian have been posting belfies for a while, the trend came about by a 20-year-old who began using her Instagram account to share one of the most-prominent parts of the human body. Jen Selter posts her photos with pride — in different positions, outfits and activities. Selter was featured by Vanity Fair for celebrating the fit human body and started the craze now known as the belfie.

Only a few months ago, Kim Kardashian posted what, to this day, may remain one of the most-famous belfies. The actress posted a photo in December, along with the caption “#NoFilter.”

Kardashian has since posted more photos of different parts of her body, and she is obviously proud to share what may be her most-famous characteristic. She posted another belfie back in January.

Kardashian’s selfie spurred copycats, including pro surfer Anastasia Ashley who posted a similar photo to Kardashian’s first belfie, along with the caption “#Filtered.”

Kardashian’s sister has since decided to follow in Kardashian’s footsteps. Kylie Jenner posted numerous photos on her Instagram account on Wednesday, sharing her lovely derriere with her friend (we could call it a BFF butt selfie). The famous daughter is showing off what may soon be known as her best asset.

Other stars have also been a part of the evolution of the belfie, including Beyoncé. Although Beyoncé posts photos of her booty on a regular basis, very few of her Instagram photos are selfies. The singer seems to enjoy having professional photos as representative of her everyday life. She does have some great booty pictures, though.

Miley Cyrus, always promoting her products, took a belfie of herself (or what is assumed to be her) wearing a pair of her Bangerz underwear.

Rihanna, another star known to be very proud of her booty, has posted several photos to her Instagram page over the years.

Which belfie is your favorite? Are there any good ones we missed?