Scarlett Johansson doesn’t have to confirm her own pregnancy — this Avengers producer just did it for her. 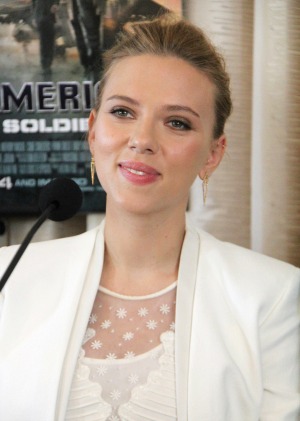 Scarlett Johansson has yet to confirm she is pregnant with her first child — but she doesn’t have to. The loose-lipped producer of her upcoming film The Avengers: Age of Ultron has done it for her.

Kevin Feige pretty much spilled the beans when Collider.com oh-so-casually asked him if anything about the movie, which hasn’t started shooting yet, had to change in the wake of the actress’s previously unconfirmed pregnancy.

“Well, my first reaction was I was very happy for her and very excited for her, and my second reaction was we’ve gotta move some pieces on the chessboard around schedule-wise,” Feige said, totally spilling the baby beans.

“But we didn’t change the script at all, which is sort of the most important things for us in terms of the story line. I think the goal is for us to sit here talking about the fact that you would never know that Black Widow was pregnant during the filming of the movie when you see the final version of Avengers 2.”

Sources have told various media outlets that Johansson is anywhere between 4 to 5 months along. The actress, who was previously married to Ryan Reynolds, is now engaged to French journalist Romain Dauriac.