He wants privacy yet he posts a public video for his girlfriend. What in the world is Bachelor star Juan Pablo Galavis up to now? 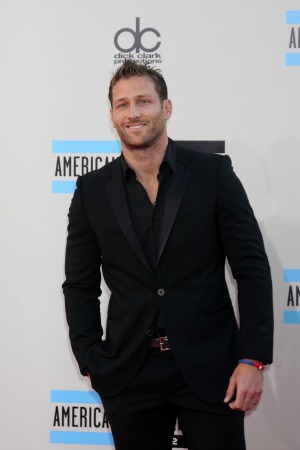 Stop the presses! Did Juan Pablo Galavis just say, “I love you” to Nikki Ferrell after being chastised by The Bachelor host Chris Harrison on national TV earlier this week? Well, sort of. The much-maligned reality star posted a video to his girlfriend on YouTube celebrating their relationship.

The video, entitled “Adventures In Loving You,” was posted on Tuesday as the world criticized Galavis for being the “worst bachelor ever.”

The opening title card read, “This is a RECAP of Mi Aventura…Thanks to Obie Bermudez for using the WORDS I sent him and TURNING them into a SONG…’Adventures In Loving You’ is for you Mi Catira…”

The clips highlight their romance from the ABC show and show off snapshots from the couple’s time together. While it seems like a sweet gesture, the comments were mostly negative, from viewers who seem jaded from the After The Rose special on Monday night.

Besides refusing to tell Ferrell that he loved her, he also wanted to keep their relationship private even though they met on a TV show. In some ways, posting a public video on YouTube seems contradictory to the statements he made the other night.

The three-and-a-half minute video ended with a message from the 32-year-old Venezuelan native. “Thanks for these INTERESTING 4 months of HIDING, now that the CHARACTER of The Bachelor is OVER, it is time for US to live our life for REAL. Te ADORO Juan Pablo”

It looks like ABC and Galavis won’t be kissing and making up anytime soon.