Seth Rogen does not appreciate the mark Justin Bieber is making on society, and is happy to share his opinions on the singer. 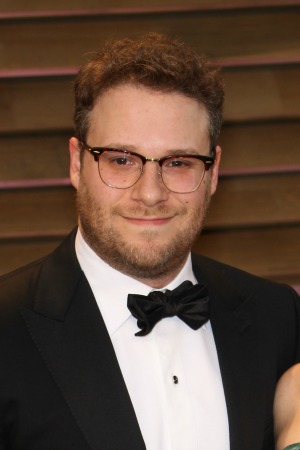 The battle of the Canadians is brewing. Seth Rogen decided to comment on his fellow countryman Justin Bieber‘s recent antics, and it’s not pretty.

Justin Bieber & Selena Gomez get steamy on the dance floor >>

Rogen appeared on Watch What Happens Live on Wednesday night to explain a recent tweet about the Biebs, and this time he didn’t hold back.

Although Rogen and Bieber are from two different provinces — Rogen from British Columbia and Bieber from Ontario — they are arguably two of the most famous stars from the country right now. Rogen’s feelings about Bieber go beyond his attitude; he said he actually could be harmful to society. He added that “he puts people’s lives in danger.”

Rogen’s comments came just days after the video of a deposition featuring Justin Bieber was leaked. In the video, the singer showed his bratty side, responding rudely to questions, winking at the camera and becoming more and more evasive as the questioning continued.

The line of questioning came because of a tweet Rogen sent back in January, again sharing his thoughts on the pop singer, saying, “All jokes aside, Justin Bieber is a piece of s***.”

Seth Rogen will bring the Sega vs. Nintendo war to life >>

Rogen, never one to shy away from sharing his opinions, testified before a Senate committee in February about a cause he is passionate about: the fight against Alzheimer’s. Always the comedian, Rogen started his testimony by explaining, “I came here today for few reasons,” he explained. “One, I’m a huge House of Cards fan. Two, people need more help. I’ve personally witnessed the massive amount of financial strain this disease causes. Three, to show people they are not alone. So few people share their personal stories.”

Justin Bieber hasn’t yet said anything about Rogen’s comments. But when he does, he’ll probably make sure everyone hears about it.