After his infamous arrest in Canada recently, George Lopez has decided to stop drinking alcohol for good. 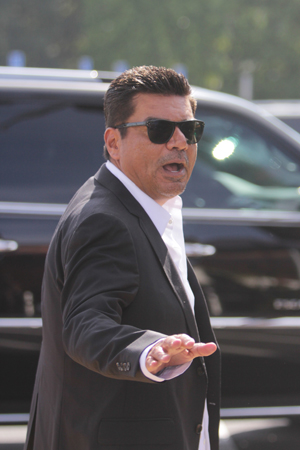 After being arrested for public intoxication at a Canadian casino in late February, George Lopez claims he has stopped drinking alcohol altogether.

During his Thursday, March 13, appearance on The Ellen DeGeneres Show, Lopez opened up about his recent embarrassing drunken arrest. “Well, Ellen, recently I lifted myself off the casino floor in Canada… You know how they always say whatever happens in Vegas stays in Vegas? Whatever happens in Canada, everybody knows.”

The famous Mexican comedian said the whole event was a wake-up call for him and revealed that he hasn’t “had a drop of alcohol” since then.

“That was a nice going away party for that guy, and then I’m the new George now sitting here in front of you…” Lopez said. “You know, just because Mexicans invented tequila doesn’t mean we can handle it.”

Lopez went on to detail his experience of getting trashed at the Canadian casino, revealing how nicely he was treated by the cops there.

“I was a bit intoxicated in Canada,” Lopez joked. “The authorities are much politer in Canada. You know, ‘Sir, wake up sir. Sir, you’re under arrest.’ Very polite.”

Then, referring to Toronto, Ontario, mayor Rob Ford, who recently admitted to using crack cocaine, Lopez added, “And they told me, ‘Sir, this behavior cannot continue. And if it does continue, we would be honored if you would be mayor of Toronto.'”

Continuing the joke, DeGeneres quipped, “Hilarious. That’s nice that they were polite, and everything worked out OK. So you were asleep on the floor of the casino?”

The Lopez Tonight host continued on about his incident, saying he was on the way to his room, joking he “just missed it by 35 floors.”

“The casino carpet is so loud. I’m like, how the hell can I sleep on that carpet? It was so loud, you know, and guys were betting on whether I would get up… And then one person came by and said, ‘I didn’t know the Dog Whisperer [Cesar Millan] drank that much.'”