Shailene Woodley has some cool hobbies and viewpoints. Here are a five things about the actress that are pretty hard to believe. 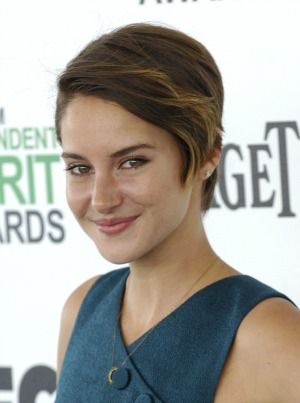 Shailene Woodley seems to be an old soul, or at least of another era. The fresh-faced 22-year-old shuns contemporary standards of beauty, pop culture, and even modern forms of communication. While Woodley seems like an everyday 20-something in some aspects (she blushes when asked about co-worker hookups and she runs to friends for advice before committing to jobs), she’s definitely not your run-of-the-mill millennial. Here are five crazy facts about Woodley that simultaneously shock us and make us want to be BFFs with the starlet.

The star of The Descendants shared with The Daily Beast that she holds privacy and camaraderie so dear that she abandoned her cell phone. “I’m not a big technology person,” she said. “I don’t even have a smartphone. I don’t even have a cell phone!” She continued,” I’m talking to people more than I’ve ever talked to in my life because I no longer have that crutch. The more you get away from all the technological buzz, the more freedom you have.”

When Woodley isn’t on set, you can probably find her out in the woods honing her wilderness survival skills. The down-and-dirty passion actually helped her snag her upcoming role in Divergent. “The producers [of Divergent] asked me what I like to do in my spare time and I told them I used to study how to survive in the wild — how to make shelter, build fire and create weapons out of the ecosystem,” she said in the interview with The Daily Beast. We know who we’re running to when the apocalypse comes.

Woodley likes to be seen as herself, without all the Hollywood glamour. She realized early in life that she was suffering by comparing herself to images in magazines. “So (a) I don’t really wear makeup that much anyway, so part of it is just a selfish, lazy thing, and (b) I want to be me,” she told Interview Magazine last summer. She prefers not to put her face on, but, come on, it’s not like she really needs it.

Um… neither, thanks! She hates Twilight! “Twilight, I’m sorry, is about a very unhealthy, toxic relationship… what message are we sending to young people?” she told Teen Vogue. We dig that she’s looking out for the next generation.

Woodley is pretty much a hippie. She gathers her own spring water, makes her own toothpaste and concocts her own medicines instead of going to the doctor, among other things. “Everything I do is fairly alternative,” she told Flaunt Magazine last summer.

We’re pretty sure Shailene Woodley has a time machine and we’d love to take it for a spin with her. Hey, Shailene, call us! From your landline, that is.