Kristen Wiig wears her heart on her sleeve in Hateship Loveship. The typically funny actress shifts gears for this heartwarming drama. 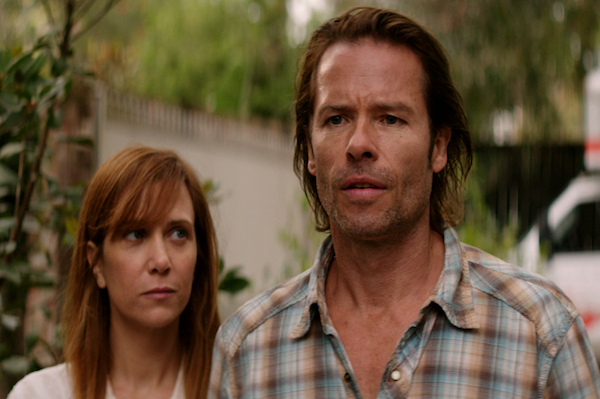 Get ready to see Kristen Wiig in a new light. The actress tones down her look and comedic chops for Hateship Loveship. It’s her latest film and it’s a far cry from the 2011 blockbuster, Bridesmaids. Hateship Loveship is a a small production that features big talent and a tender story.

The film stars Wiig as Johanna, a shy housekeeper and caregiver. She’s hired by a man called Mr. McCauley (Nick Nolte) to look after his troubled granddaughter, Sabitha (Hailee Steinfeld). The teen has been struggling since her mother’s unexpected death years before. Meanwhile, Sabitha’s father, Ken (Guy Pearce), has his own issues, which include drug abuse.

5 Ways to be Kristen Wiig, based on her best characters >>

Johanna is thrown into the family’s dysfunction when Sabitha plays a prank on her. She poses as her father and begins sending love letters to Johanna. What starts out as a harmless joke becomes painfully awkward for everyone involved. Johanna assumes she and Ken have made a real connection. Their relationship allows her to express herself in ways she never thought possible.

What do you think of Wiig’s new change of pace?